Volkswagen AG and car owners will likely secure a federal judge’s final sign-off on their $14.7 billion settlement as the automaker continues to seek regulators’ approval of a fix for 482,000 pollution-spewing vehicles still on U.S. roads.

U.S. District Judge Charles Breyer in San Francisco said he is “strongly” inclined to approve the settlement requiring VW to buy back cars with 2.0-liter diesel engines equipped with so-called defeat devices to cheat pollution-control tests. Breyer, after listening Tuesday to critics of the deal including more than 20 car owners, said he will issue a ruling before Oct. 25.

The judge also gave preliminary approval to VW’s $1.2 billion settlement with 652 auto dealerships to cover their losses related to the diesel-cheating scandal. He scheduled a hearing for January to consider final approval of that agreement, which provides buybacks on the same terms as the consumer accord.

VW reached the settlement covering the 2-liter engines in June with consumers and regulators including the U.S. Environmental Protection Agency. The EPA has yet to approve any of VW’s proposals to fix those cars as technical negotiations on the resolution continue, Breyer told the court.

The settlement allows cars owners to choose whether to have VW buy back their vehicles or, if a fix is approved, repair them. The company remains in talks with U.S. regulators and car owners over a remedy for vehicles with 3.0-liter diesel engines also equipped with the emissions-cheating software.

The automaker has earmarked $19.5 billion (17.8 billion euros) to extricate itself from the scandal. That includes the agreement with its U.S. franchise dealers, along with $86 million to California and $603 million to other states over violations of consumer protection laws. VW still faces criminal probes, shareholder claims and environmental lawsuits by multiple states, as well as lawsuits and a criminal probe in Europe. 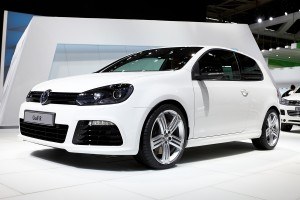 Jeannine Ginivan, a VW spokeswoman, said in a statement that the company welcomed the judge’s “positive comments” on the 2-liter settlement.

She said Volkswagen is pleased that the judge granted preliminary approval to the dealership settlement, calling it “another important step forward as we work to make things right.”

If final approval is granted, car owners will be able to sell their vehicles back to VW for what they would have been worth on Sept. 17, 2015, the day before the emissions-cheating scandal became public. Owners will also have the option of having their cars repaired if the EPA approves a fix. In either case, they will also get $5,100 to $10,000 each in additional compensation. Some leaseholders will receive about half those amounts.

Anna St. John, an attorney opposing the agreement on behalf of the Center for Class Action Fairness, told the judge car owners could have gotten the same deal – buybacks and compensation – through VW’s settlement with federal regulators without paying massive fees to consumer lawyers. Attorneys for car owners could collect up to $324 million if the deal is approved.

Breyer was skeptical of her argument. He said the consumer section “wasn’t accomplished in a vacuum. The settlement has to be looked at as a whole – it’s a comprehensive settlement.”

Car owner Betty Carroll, 64, drove her 2012 Volkswagen Passat 130-miles from the Sierra Nevada foothills to San Francisco to formally object to the settlement, saying it falls short of her cost of buying a new car. A fix wouldn’t be an option, she said.

“I don’t know if it’s going to be a good fix after they’ve lied and deceived,” Carroll said. “Who knows what they’re going to do. They can have it back.”

Carroll and St. John’s objections represented a small fraction of the consumer class that includes owners of 336,312 vehicles already registered to participate in the settlement two years ahead of the 2018 deadline to sign up, said Elizabeth Cabraser, the lead lawyer for the plaintiffs.

“There is resounding support for this consumer class settlement and the substantial benefits it provides,” Cabraser said. “Cars depreciate. They age in dog years. But even people shouldn’t have to wait years for a seemingly perfect resolution when a resolution of this strength and responsiveness can be had now.”