Lemonade, a new insurer that is beginning to do business in New York, announced the appointment of John Peters as its chief underwriting officer.

He comes to Lemonade from Liberty Mutual, where he held leadership positions including executive vice president, chief underwriting officer and chief product officer. Peters previously served as co-head of North American Underwriting practice at McKinsey & Company, and was a Fellow of the Casualty Actuarial Society.

Last month, Lemonade announced it had been licensed as a full-stack insurance carrier by New York State. In addition to digitizing the entire insurance process, Lemonade introduces a reversal of the traditional insurance model, returning unclaimed money to causes policyholders care about during its annual ‘Giveback’. 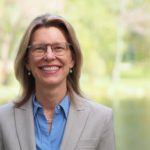 Cindy Hunter joined Navigators as senior vice president in the Claims department, overseeing casualty claims. In this capacity, she will be responsible for management of primary, excess, environmental, life sciences, auto and property claims.

Hunter brings broad experience with primary and excess claims, and she has worked closely with all areas of P & C commercial insurance, including the actuarial, enterprise risk management, compliance, auditing, reinsurance and training departments.

Previously, Hunter was with AIG for 14 years, most recently serving as global head of environmental claims leading a team of 90 professionals. Prior to working in the insurance industry, she worked in consulting as an environmental engineer and in manufacturing as a compliance officer for environmental, health and safety matters.

Hunter is certified as an associate in risk management by the Insurance Institute of America. 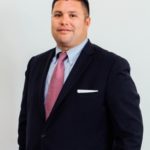 He will work out of the Los Angeles area. Vega brings the strength of a combined 26 years of experience in plaintiff settlement work and work in the financial industry. He specializes in designing settlement solutions that involve cases such as workers’ compensation, minor’s compromise, personal injury, wrongful death, medical malpractice, punitive damages and Medicare-Set-Asides.

He is actively involved with all the lawyer associations in California, such as the California Applicants’ Attorney Association (CAAA), the Consumer Attorneys Association of L-A (CAALA),Latino Workers’ Comp and the Mexican American Bar Association.