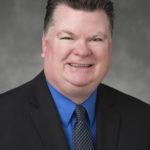 Since 2012, Kuss has served as a global claims executive for AIG Insurance, where he was responsible for leading and executing AIG’s Global Initiative for Commercial Casualty Claims and Operations. He previously held executive and leadership roles with insurance carriers Liberty Mutual and SAFECO.

Willis Re appoints head of Willis Re Specialty Analytics

Willis Re announced the appointment of Printhan Sothinathan as managing director, head of Willis Re Specialty Analytics. Sothinathan will begin his role in January 2017 and will report to Graeme Moore, chief executive officer of Willis Re Global Specialty.

Sothinathan will be leading the expansion and development of the Willis Re Specialty Analytics service offering to clients. He joins from the Navigators Group where he was managing director of Continental Europe. His broad (re)insurance career spans 20 years, during which he has gained extensive experience from multi-sized companies across the UK, European and US markets. 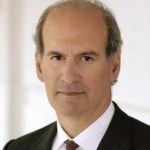 Solmssen will oversee the Global Legal, Compliance, Regulatory and Government Affairs functions, and will report to Peter D. Hancock, AIG president and chief executive officer. He will also serve as a member of AIG’s Executive Leadership Team, and participate in all strategic and policy decisions affecting the company’s operations.

Solmssen previously served as general counsel and head of Corporate, Legal and Compliance for Siemens AG, and served as a member of its Managing Board with responsibility for Siemens’ businesses in the Americas. He succeeds Thomas Russo, who is retiring. Russo has served as executive vice president and general counsel, Legal, Compliance and Regulatory since 2010. He was formerly vice chairman and chief legal officer of Lehman Brothers. Prior to this, he was a senior partner of Cadwalader, Wickersham & Taft, following his role as the first director of the division of Trading and Markets of the Commodity Futures Trading Commission.