Newby will serve as Olympus’ senior claims executive responsible for the development, implementation, organization and leadership of the Olympus claims programs and initiatives. He brings more than 28 years of claims and operations experience. 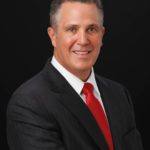 In this role, Johnson will focus on continued growth of the middle market segment of the Commercial Lines, and strategic initiatives focused on specialized practice groups servicing the High Net Worth Personal Lines in the U.S. as well as diversified services including FAS Global, Oriel and Sergon. 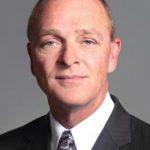 During his 35 years in the industry, Johnson has served in numerous senior loss adjusting roles handling complex claims across the U.S. and managing third-part administration (TPA) projects for clients in catastrophe events. Most recently, he served as AVP of Commercial Lines U.S. and national general adjuster assisting in the growth of Commercial Lines and developing customized practice groups to service the High Net Worth Personal Lines business.

Abbie Hudgens has been administrator of the state agency since 2011. She was appointed to continue by Gov. Bill Haslam after Tennessee reformed its workers’ compensation laws in 2013.

The Southern Association of Workers’ Compensation Administrators includes 19 states from the South, as far north as Maine and as far west as New Mexico.

Hudgens was chosen during the organization’s annual conference in Sandestin, Florida.

Maine-based workers’ compensation specialist The MEMIC Group announced the promotion of Luis Pieretti, PhD to Manager, Industrial Hygiene where he will be responsible for the development and implementation of MEMIC’s Industrial Hygiene program.

Pieretti joined MEMIC in 2013 as a safety management consultant and has more than 15 years of occupational safety, industrial hygiene and training experience in both the private and public sector. Prior to joining MEMIC, he held positions in the pharmaceutical and manufacturing industries and has worked as a safety and health consultant with USF SafetyFlorida’s OSHA On-site Consultation Program where he provided safety and industrial hygiene services to businesses in Florida. He has also been an instructor at the University of Southern Florida OSHA Training Institute Education Center.