In this new role, Holmes will be responsible for overseeing cyber and insurance litigation developments across all domestic industry verticals, as well as the corresponding cyber liability and enforcement landscapes impacting the insurance industry overall and particularly the health care, financial, government, education and public/private commercial industry sectors.

Holmes brings more than 17 years of experience in the specialty insurance industry, including almost 15 years with Chubb Specialty Insurance, serving in the capacities of deputy worldwide healthcare product manager, healthcare cyber product manager and senior claim attorney. Most recently, she served as vice president, Product Development, for OneBeacon Insurance Group where she oversaw and managed the product development process on behalf of the Chief Underwriting Office for the company’s professional and management liability as well as general/casualty business divisions. She also provided ongoing technical guidance to senior home office management and the corporate financial analysis director with respect to the evolving cyber liability landscape and corresponding exposure across OneBeacon’s various business lines and customer segments. 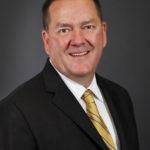 Minard has over 30 years of industry experience which includes numerous leadership positions with extensive knowledge in managing product, sales and service teams. Prior to joining Great American, he was senior executive director – U.S. Distribution for Principal Financial Group.

Prior to his new assignment, Beacom served as the Dallas region’s assistant vice president of claims.

Paul Measley will take over that assignment as assistant vice president of GEICO’s Dallas regional claims operation. He previously served as the liability director of GEICO’s regional office in Tucson. Measley has relocated to the Dallas area from Tucson.

Beacom began his career at GEICO in 2003 as a claims manager at the company’s San Diego regional office. After serving in a number of management roles in the claims department, he was named director of auto damage in 2005. Beacom relocated to GEICO’s corporate office in Chevy Chase, Md., in 2009, where he completed the company’s executive assistant program. In 2010, Beacom was promoted to assistant vice president of claims in Dallas.

Measley is no stranger to the Dallas regional office. He started his GEICO career there in 1992 as a management intern. In 1996, Measley was promoted to litigation examiner. A year later, he was named claims supervisor and then manager of the loss report center in 1999.

He went on to manage a team of claims adjusters in 2001 and served for two years as GEICO’s claims home office performance review director in Chevy Chase, Md., before being promoted to liability director in Tucson in 2005.