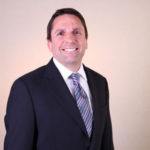 Burklin joined GEICO in 1995 in the claims department in the Fredericksburg, Va., regional office, and soon after entered the company’s management intern program. Two years later, Burklin was promoted to claims attorney, and by 2000 he was named managing senior attorney.

Before joining GEICO, Burklin was a private-practice attorney.

Ottman has been with the company for 18 years, taking on additional responsibilities in Lakeland’s claims department.

Ottman began her GEICO career in 1998 as a claims examiner in Lakeland, and soon advanced into supervision overseeing claims service representatives, personal injury protection claims and telephone claims representatives. In 2008, Ottman worked as planning manager and later served as claims manager and branch manager, responsible for Miami and Ft. Lauderdale, Fla., operations. In 2010, Ottman transitioned to GEICO’s headquarters where she worked as director of performance review prior to becoming the liability director in Lakeland in 2012.

Paccione has more than 25 years of experience in the insurance industry, most recently serving as senior vice president with AXIS Insurance, leading its northeast region for CMS over the past five years. Previously, Paccione worked for Everest Re, where he helped establish its commercial management liability group. Before that, he spent 18 years at Chubb & Son in various management and executive roles.

Working under Shirley Mahorney, BSA claims supervisor, Roberts has increased responsibility for managing medical-only claims, loss-time, subrogation and settlements in an expanding client base of hospitals and clinics.

Previously, Roberts joined the company as a claim assistant supporting adjusters in the BSA Occupational Accident Department in April 2013. She was promoted to claim examiner II in July 2014, handling medical-only claims loss-time, subrogation and settlements. Before coming to BSA, she worked for Amerigroup as a customer services representative.

Strategy Meets Action (SMA), an insurance strategic advisory firm, named Karen Pauli principal. Pauli will support the expansion of SMA’s advisory business and provide advice, guidance, and thought leadership to insurers and solution providers. With her vast experience in digital transformation, underwriting, claims and business intelligence, Pauli has a great sense of the impact and opportunities resulting from the emerging new requirements of the digital connected world, changing customer experience and emerging technologies.

Pauli joined SMA from CEB TowerGroup, where she led the P&C insurance advisory practice for over 10 years. Prior to her position at CEB TowerGroup, she held various roles in underwriting and claims at various insurers.