Guy Carpenter & Company, LLC, a global risk and reinsurance specialist and a wholly owned subsidiary of Marsh & McLennan Companies, appointed Tobias Andersson as CEO of GC Stockholm, effective April 1, 2017. He will succeed Tomas Ljungqvist, who will become chairman of the division.

Andersson will be responsible for overseeing Guy Carpenter’s activities in the Nordic region with a focus on strengthening the firm’s market-leading position in the territory. He will report to Massimo Reina, CEO of Continental Europe & MENA.

Dunn has 40 years of experience in all aspects of the property/casualty insurance industry, principally in the specialty transportation segment. Most recently, he served as president of the transportation division of a leading specialty insurer in the U.S.

Campaneria brings more than 25 years of medical and ergonomics experience as a physical therapist to MEMIC. In her prior role, she founded the ergonomics department for a regional healthcare system with the goal of reducing repetitive strain injuries in the workforce. Campaneria has taught occupational rehabilitation and ergonomics for the Physical Therapy program at Florida International University. Additionally, she has presented at the National Safe Patient Handling and Mobility Conference, as well as the NIOSH Total Worker Health Conference.

Willard Webb has more than 20 years of healthcare experience with 10 years as a certified occupational health nurse-specialist with a focus on safety (COHN-S). She is certified by the Council for Accreditation in Occupational Hearing Conservation (CAOHC) and by NIOSH in spirometry.

After this promotion, Knick has increased his responsibilities of reviewing, processing and handling occupational accident claims, and determining claims coverage and extent of liability.

Knick joined BSA in June 2014 as a claim representative III. Previously, Knick had been a claim service adjuster for Allstate Insurance in Nashville.

In a separate announcement, BSA announced the promotion of Shirley Girard to the position of claim supervisor in the Raleigh, N.C., remote office. 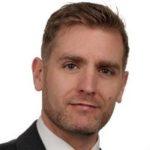 Based in Toronto, he will report directly to Ulrich Kadow, chief agent for Canada with a matrix reporting line to Jill Knecht, regional head of property, North America.

As head of property, Hastings will be responsible for managing and growing Canada’s Corporate Property portfolio, developing the underwriting strategy and growing relationships with distribution partners. Managing a team of three, he will work closely with this group to execute on these priorities within the local market.

Hastings, who joined AGCS in 2014, has more than a decade of experience in broker and client facing roles. Most recently, he was director of key client management for AGCS in Canada responsible for leading sales, business development and account management for risk managed accounts across several business lines. Previously, he was with Willis Canada as a commercial account executive focused on sales and business development. Prior to this, Hastings was with CNA Canada as a field sales representative; he began his career at Gore Mutual Insurance Company as a commercial lines underwriter. He holds the Chartered Insurance Professional designation