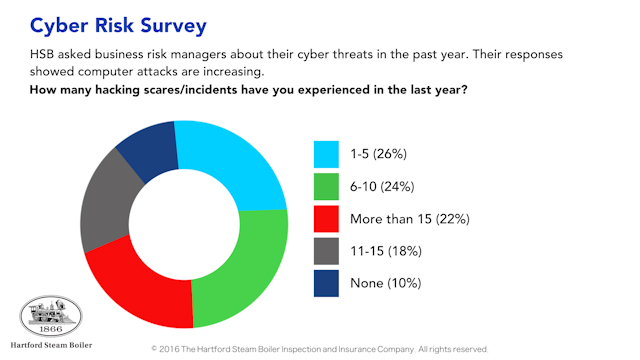 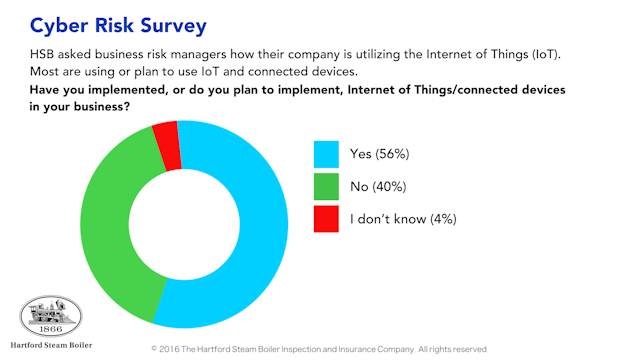 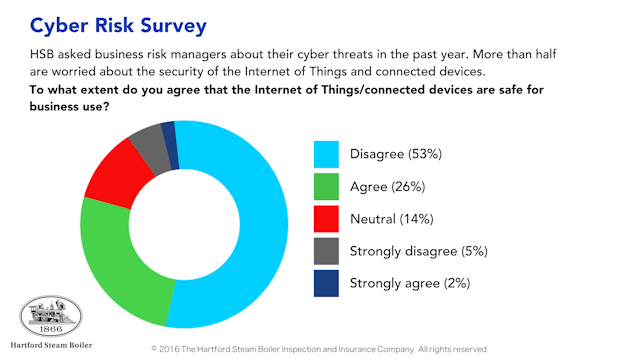 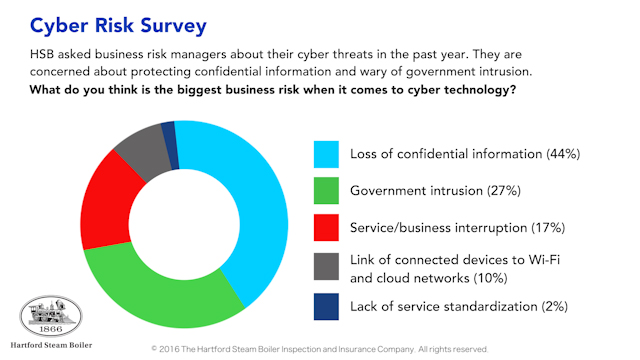 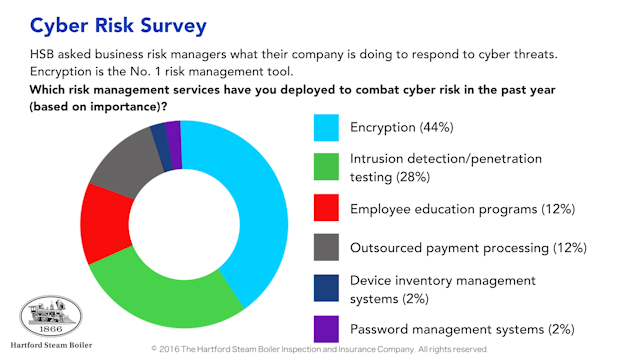 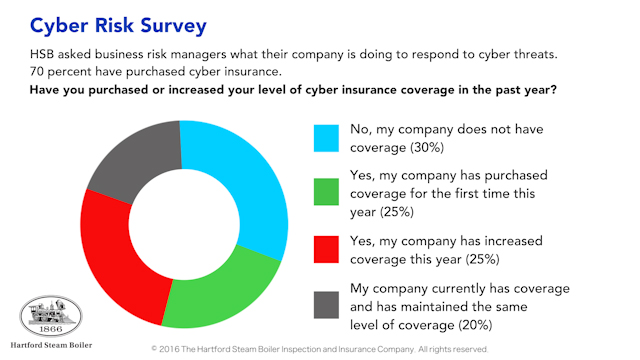 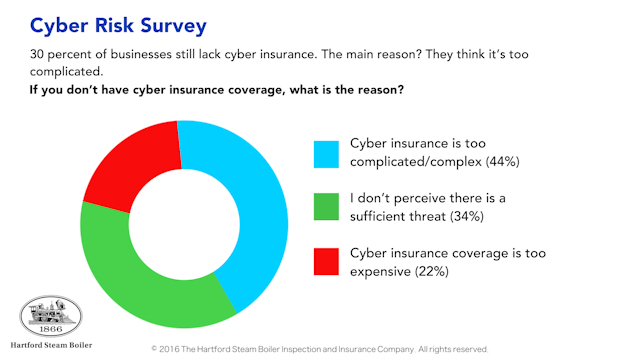 Nine out of ten businesses reported at least one hacking incident in the past year, according to a survey of business risk managers released by The Hartford Steam Boiler Inspection and Insurance Company, part of Munich Re. The number of attacks increased 21 percent from 2015.

“Hackers are even more relentless,” said Eric Cernak, Cyber Practice Leader for Munich Re. “Sixty-four percent of risk managers say they have experienced more than six hacking incidents in the last year — up from 32 percent in 2015. U.S. businesses are under constant assault.”

The cyber study shows risk managers are worried about the safety and security of Internet of Things (IoT) devices, with only 28 percent saying they are safe for business use. Despite these concerns, more than half (56 percent) of the businesses implemented or plan to implement such devices.

“As businesses use IoT devices to improve productivity and efficiency, they must think about the security costs,” said Cernak. “Hackers are always looking for ways to access company business systems and connected devices provide additional infiltration points. It’s important to control security features on these devices and monitor employee use.”

For additional protection, 50 percent say their business has either purchased cyber insurance for the first time or increased its level of coverage in the last year. Thirty percent of businesses do not have any level of cyber insurance coverage. Primary reasons for not adopting coverage include its perceived complexity (44 percent), lack of a sufficient threat (34 percent) and cost (22 percent).

Hartford Steam Boiler’s 2016 Cyber Poll was conducted on-site at the Risk and Insurance Management Society Conference in San Diego, Calif., on April 11, 2016. It is intended to represent the sentiments of 102 risk manager attendees who participated through in-person interviews, and represented small (1-99 employees), mid- (100-999 employees) and large-sized (1,000+ employees) businesses in the following industries: manufacturing; financial and professional services; retail; technology; government and military; education and public entities; aerospace, defense and technology; and healthcare.