The first time Jason Ebert needed an air ambulance, it saved his life. The second time, it nearly broke the bank.

Both times, Montana doctors ordered Ebert flown 150 miles from Bozeman to Billings for treatment. But while insurance covered the first flight, the hospital called a for-profit service the second time, and Ebert got stuck with a more than $27,000 bill.

“I can’t even fathom the difference in price,” said Ebert’s wife, Mandy. 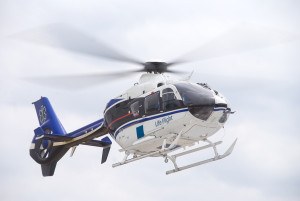 As the air ambulance industry has grown, so too have complaints about costs and the lack of regulations. States that try to set rules are met with lawsuits that argue air ambulances – specially equipped aircraft, usually helicopters, used to ferry sick or injured people in emergencies – fall under the Airline Deregulation Act, which prevents states from interfering with fares, routes and services.

The 1978 act was meant to increase competition, reduce rates and improve airline passenger service. But competition among air ambulance providers has the opposite effect. The industry has high fixed costs, including aircraft, pilots and trained medical staff. With increased competition, those costs must be recouped from among a smaller number of flights, leading to higher prices.

In Jason Ebert’s case, his first trip for treatment involved a torn aorta, and he took the flight in a hospital-based air ambulance. Insurance picked up the entire $12,000 tab.

The second trip came months later when Ebert felt dizzy, and the Bozeman hospital called a for-profit air ambulance service. That bill came to nearly $40,000, and the Eberts were left responsible for more than half of it.

That effort failed, but Tester will continue to work on the issue, his spokeswoman Marnee Banks said.

Patients sometimes don’t realize they should ask or might not be capable of asking whether their transportation is in network or how much their insurance will cover. The result can be whopping bills. Some Montana residents have received “balance bills” of up to $90,000, said Jesse Laslovich, chief counsel for the Montana Auditor and Insurance Commissioner’s Office.

Don Wharton, director of business development for REACH Medical Services, said the large bills are a product of commercial insurance carriers and payers being unwilling to pay the fair market value for the service.

“Affordability has a huge role in patient access to health care services,” said Clare Krusing, spokeswoman for the Washington, D.C.-based America’s Health Insurance Plans. “There needs to be much greater focus on whether the charges for these services are fair and appropriate.”

Some private air ambulance companies are offering annual memberships for their services – for as little as $65. But critics note there’s no guarantee the company that sells the membership will be the one that actually transports the covered patient.

For-profit companies argue the federal government’s Medicare reimbursements are woefully lacking and state Medicaid reimbursements can be even less, meaning they have to charge some patients more to stay in business.

Rick Sherlock, CEO of the Virginia-based Association of Air Medical Services, said his group supports bills introduced in Congress last year that would require Medicare to pay closer attention to the actual cost of services. The bill also would require companies to disclose their costs.

Montana is among the states seeking its own solution.

The Montana Legislature’s economic affairs interim committee is studying the issue and intends to introduce a bill during its 2017 session. But state legislation likely will be limited in its effectiveness, Laslovich said.

“We can teeter around the edges, but in dealing with the substance of the problem, we’re going to need an act of Congress to say air ambulances don’t fall under the aviation deregulation act,” Laslovich said.

Meanwhile, consumers are urged to educate themselves. The National Association of Insurance Commissioners recently issued a statement advising people to make sure they understand what, if any, air ambulance coverage they have.

Pimco Accused of ‘Fraternity Culture’ in Suit by Female Workers