He reports to Greg Vezzosi, senior vice president and Central Zone officer, and is based in Denver, Colorado.

The head of one of Berkshire Hathaway’s biggest insurance companies is retiring.

Spokeswoman Sue Johnson said Tuesday that Gen Re CEO Tad Montross will retire at the end of 2016.

The way Berkshire’s large reinsurance company is managed will change after Montross’ retirement. Montross currently reports directly to Berkshire CEO Warren Buffett, but his successor will report to Ajit Jain, who already runs another reinsurance unit at Berkshire.

Jain will also choose the next CEO of Stamford, Connecticut, based Gen Re.

Many investors who follow Berkshire say Jain is one of the leading candidates to eventually succeed Buffett as CEO. 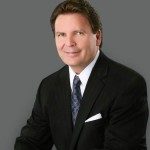 Joseph J. Richardson Jr. was elected by ACG’s board of directors as president and chief executive officer of the more than 9 million member organization, according to The Auto Club Group (ACG), the second largest AAA Club in North America. He succeeds Charles H. Podowski who recently retired after a successful 17-year career.

In a strategic effort to ensure a smooth leadership change, a seamless transition was planned and executed over the past nine months during which Richardson worked side-by-side with Podowski and other senior officers to understand the company’s values, priorities and business practices. Town hall meetings were held across the company’s 11-state territory as a way to help him get acquainted with ACG’s more than 8,000 employees. Richardson gradually assumed responsibilities for all business lines and departments within the organization.

Richardson is a third generation insurance executive who brings more than 30 years of experience in the property and casualty insurance, life insurance, financial services and roadside assistance industries. He has worked in multiple senior executive positions with Allstate Insurance Company and Farmers Insurance Group. Richardson most recently served as president and head of Distribution for Farmers where he led countrywide strategy and field operations and expanded the Farmers brand into new markets. Prior to his position at Farmers, he held the position of executive vice president at Allstate.

Richardson serves on the boards of directors of Business Leaders for Michigan, Michigan Department of Insurance and Financial Services (DIFS).

President of US P&C – Regional & National   Keith Wolfe will continue to lead the Regional & National team, and he will assume the role of president of Swiss Reinsurance America Corporation. In this new capacity, he will be responsible for all legal entity management, rating agency and regulatory interaction on behalf of the flagship reinsurance carrier.

President of US P&C – Large Clients   Seth Ruff will lead the Divisional Client Executives team, which is responsible for the overall relationships with Large clients. In addition, he will lead Swiss Re’s Client Market Underwriters, who handle the brokered treaty business for both Large and Global clients.  He will assume the role of president of Swiss Re Underwriters Agency Inc. Ruff has been with Swiss Re for 15 years in a variety of roles, most recently as head of P&C Structured Solutions, US Broker, Canada and Latin America.

Head of P&C Facultative   Ute Michaelsen will lead all Facultative teams direct and brokered in the US and Canada. She has held a number of roles with Swiss Re over the past 19 years, most prominently as divisional client executive for Large clients, and more recently as broker executive for Swiss Re Underwriters Agency Inc.

All three US Property & Casualty market leaders will report to Smith and all appointments are effective May 2.