Avalanches are the primary hazard for winter backcountry recreationists and cause numerous deaths and injuries annually. As winter backcountry activities increase in popularity, avalanches are a very real risk for adventurers who choose to travel off the beaten path. A new study reported in Wilderness and Environmental Medicine explored the risk of avalanche accidents with respect to group size for the first time and found that traveling in groups of four or more people carried a higher relative avalanche risk than for individuals or groups of two.

Researchers compared winter backcountry usage data from Switzerland and Italy to accident data from the Swiss and Italian avalanche databases. Although the most common group size was two in both the usage and the accident datasets, larger groups had relatively more accidents. The highest risk was found for groups of six or more people in both the Swiss and Italian datasets For example, while groups of six or more people made up only 10 percent of all groups, they accounted for 23 percent of all accidents. 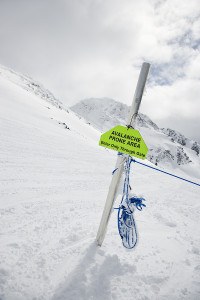 This study confirms findings of earlier research that suggested large groups may pose a greater avalanche threat for a variety of reasons including higher load on the snow cover, increased probability to hit a weak spot in the snow cover, slower decision-making process of groups, challenges in communication, and high risk-appetite due to an increased but false sense of security. “Although the above risk factors may be obvious for large groups, these statements are also controversial,” stated Dr. Zweifel. “Group decision-making is a highly complex topic and there is no empirical evidence whether groups make better decisions than individuals or if group decision-making pitfalls prevail.”

The risks for groups seems clear, but the study also found that along with traveling in pairs, traveling alone also offered protection from avalanche risk. However, researchers are quick to point out that solo backcountry exploration is dangerous for other reasons such as risk of injuries, fatigue, or getting lost. Dr. Zweifel commented: “Group factors are absent when someone travels alone in avalanche terrain, which may explain why we did not find higher risk for individuals. However, these results should be considered with caution and do not replace avalanche safety recommendations, which strongly deter recreationists from traveling alone.”

Actionable information is important so that enthusiasts can make the best decisions and stay safe. Avalanche safety considerations should start before a trip even begins and researchers hope that this report can help shed some light on how to better prepare for backcountry exploration. Going forward, people may consider traveling in smaller groups or implementing risk reduction measures to increase their chances of avoiding a deadly avalanche. Avalanche educators and tour guides can use this new data as a tool to make informed decisions and educate others about the possible risks.

“The risk of being involved in an avalanche and the associate mortality are high compared with other risks of backcountry recreation such as falls or hypothermia,” concluded Dr. Zweifel. “Group size and the related risk factors play a crucial role in avalanche risk management.”