Focus on the risks associated with electronic cigarettes continues to rise as their popularity continues to grow. Electronic cigarettes, or e-cigarettes as they are often referred to, are typically a battery powered cigarette look-alike designed to deliver the same nicotine effect as real cigarettes. According to the Federal Drug Administration, “They turn chemicals, including highly addictive nicotine, into an aerosol that is inhaled by the user.” 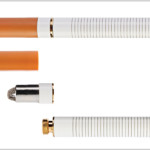 The agency notes that while most are manufactured to resemble conventional cigarettes, cigars or pipes, others may look like pens and USB memory sticks.

According to the National Institute on Drug Abuse there are more than 250 brands of e-cigarettes on the market.

E-cigarettes are comprised of three components, according to the NIDA, including:

The federal government does not collect data on e-cigarette sales, numbers of manufacturers and importers or types of products sold, according to a U.S. Government Accountability Office report released last year. The report noted that while the e-cigarette market information available is incomplete, most e-cigarettes sold in the U.S. are likely imported.

Currently, the FDA only regulates e-cigarettes that are marketed for therapeutic purposes. Other nicotine-related products regulated by the FDA’s Center for Tobacco Products (CTP) include cigarettes, cigarette tobacco, roll-your-own tobacco and smokeless tobacco.

Research on potential health risks associated with e-cigarettes points to a lower level release of toxins as opposed to other tobacco-related products, including cigarettes. In addition, the vapor or aerosol that is emitted contains pollutants, according to a study released last year by the University of California, Center for Tobacco Control Research and Education.

Recently, the U.S. Department of Transportation issued a ban on the use of electronic cigarettes on all commercial flights. U.S. Transportation Secretary Anthony Foxx announced the final rule that applies to all scheduled flights of U.S. and foreign carriers involving transportation in, to and from the U.S.

According to the Department, electronic cigarettes are of concern because studies have shown that e-cigarette aerosol may contain harmful chemicals. The ban protects vulnerable populations such as children, the elderly and passengers with respiratory issues that could be exposed to the aerosol within a confined space, where they may be unable to avoid the chemicals.

The final rule clarifies that the Department’s current airline smoking rule prohibits the use of electronic cigarettes and similar products in addition to the existing ban on the smoking of any tobacco products.

“This final rule is important because it protects airline passengers from unwanted exposure to aerosol fumes that occur when electronic cigarettes are used onboard airplanes,” said Secretary Foxx. “The Department took a practical approach to eliminate any confusion between tobacco cigarettes and e-cigarettes by applying the same restrictions to both.”

The DOT states that the current smoking ban on planes is broad enough to include the use of electronic cigarettes; however, the prior rule did not explicitly define “smoking.” The action was taken to eliminate confusion over whether the ban includes electronic cigarettes.

The Department’s Pipeline and Hazardous Materials Safety Administration (PHMSA) previously addressed safety concerns relating to the transport of electronic cigarettes. In October 2015, the agency issued an interim final rule to prohibit passengers and crewmembers from carrying battery-powered portable electronic smoking devices in checked bags as well as ban passengers and crewmembers from charging the devices and/or batteries on board the aircraft.

Passengers may continue to carry e-cigarettes in carry-on bags or on their person but may not use them on flights.

“The importance of the safety of the flying public provides good cause for our issuing an IFR,” said PHMSA Administrator Marie Therese Dominguez. “E-cigarettes in checked bags present a safety risk because they are capable of generating extreme heat, which could lead to a fire on board the aircraft.”