Tamura will lead the new team which is responsible for underwriting reviews, claims analysis, renewal projections and negotiations for Bolton’s top clients.

He has advised clients in an underwriting consulting role for over 20 years. Prior to joining Bolton and Company, Tamura led the Southern California underwriting practice at Arthur J. Gallagher and managed an underwriting team at Aon Consulting. He has worked with clients offering both self-funded and experience rated fully insured plans, providing underwriting analytics to assist with strategy and budgeting.

Tamura has experience working for national insurance carriers, and has worked as an underwriting manager at Kaiser managing the Inland Empire and San Diego mid-market segments. Additionally, he served as an underwriting consultant at Blue Shield’s Premier Accounts and PacifiCare’s National Accounts.

Trinkleback, who most recently served as executive vice president of Safety & Risk Management Consulting at Krauter & Company, brings over 30 years of experience designing and executing professional safety and risk management programs to his new position.

Prior to his most recent position, Trinkleback served as the vice president for National Express Corporation.

In a separate announcement, the company announced the appointment of Perry Robinson as senior vice president, based out of Houston.

Robinson will assist JLT’s clients with identification, management and mitigation of complex risks in the cyber and technology fields.

James M. Shevlin will serve as senior vice president, North America Insurance and regional executive officer (REO) of the Southeast Region. He was named in an earlier announcement as regional chief operating officer (RCOO) for the Southeast Region, will assume responsibilities that were previously announced for D. Scott Dalton, who will retire from Chubb on February 15. Shevlin will report to Harold L. Morrison, Jr., senior vice president, Chubb Group, and division president, Field Operations for the North America Insurance division.

As REO, Shevlin will be responsible for executing the underwriting and sales strategies of Chubb’s business units, staff management, production, profit and loss and distribution management in the Southeast Region, which is one of eight North America Insurance regions across the United States and Canada. In addition to his REO duties, he will manage the Atlanta office.

Barbara A. Wittick will serve as RCOO of the Southeast Region and report to Shevlin. Currently, Wittick is senior vice president and Tampa Branch Manager for Chubb. In addition to her RCOO duties, she will lead the Tampa branch office, and the Birmingham, Nashville and Charlotte branch offices will report to her.

Ringler Associates Incorporated, a national structured settlement company, announced that Geoffrey E. Hunt has been elected chief executive officer by the Board of Directors to succeed Robert J. Blattenberg, who is retiring as CEO.

The move is part of the leadership succession plan that began when Hunt was named president of Ringler Associates a year ago. In addition, given Blattenberg’s previously announced retirement to become effective on March 31, 2016, he has decided to not seek reelection to the Board of Directors allowing for a new outside director to join the Board.

Hunt began his consulting career at Deloitte becoming a senior manager at the firm. He joined Liberty Mutual in Boston in 1991, rising to executive vice president for Regional Agency Markets, responsible for $2.5 billion in premiums. Prior to that, he held positions of executive vice president and manager of Field Operations for Business Markets, VP and director of Corporate Finance and M&A at Liberty.

In 2005, he co-founded Narragansett Bay Insurance Company in Rhode Island, also serving on the Board of Directors. Just prior to being named president of Ringler Associates in 2015, he served as vice president of Mergers, Acquisitions and Business Development at Risk Placement Services a division of the international brokerage firm Arthur J. Gallagher.

The CMIC Board of Directors approved the promotion of Kevin Root to senior vice president – Operations and Jeffrey Steffen to vice president and chief financial officer. 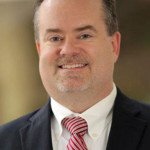 Kevin Root, CPA, joined Church Mutual in September 2012 as vice president and chief financial officer. In his new role, he will lead operations of the corporate administrative functions supporting CMIC, CM|Vantage, and in 2016, the newly-acquired SBIC and SCS companies. 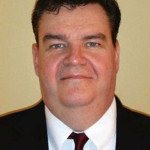 In her new position, Brothers’ responsibilities include reviewing, processing and handling workers’ compensation claims as assigned by Judy Betzold, AIC, claim supervisor. In addition, Brothers determines the compensability and extent of liability. She communicates directly with clients, employers, injured workers, physicians and attorneys to manage claims in a timely and economic manner.

Brothers was employed by BSA in 2009 as a claim assistant, then was promoted to claim examiner II. Before joining BSA, she worked in positions providing clerical support.

Charles Puno has joined Safety National Re as vice president. He will be based out of Indianapolis.

Puno brings over 25 years of industry-related insurance and reinsurance experience to Safety National Re, including a particular focus in the management and underwriting of medical and non-medical professional liability treaty reinsurance business.

In his new position, he will be responsible for the production and underwriting of broker market professional liability treaty reinsurance opportunities.

Workers’ compensation specialist The MEMIC Group announced the promotion of Robyn Jackson to director of Claim Operations where she will oversee all key areas of the Claim Department’s workflow, system and data needs. 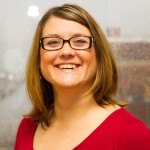 Jackson joined the MEMIC claim team in 2005 as a compensation specialist and was promoted to unit manager of Operation Support in 2006. She has earned her Workers’ Compensation Professional (WCP) designation.

Koehler spent the bulk of her career at Liberty Mutual where she most recently served as vice president and assistant general counsel. She brings nearly three decades of claims management, arbitration and litigation experience.