The U.S. National Highway Traffic Safety Administration is proposing that trucking companies be required to install stronger guards on their trailers to reduce deaths caused when cars rear-end tractor trailers.

The agency said Monday that underride guards, which have hung down from the back ends of box trailers for decades, should be strong enough to protect passengers in crashes of up to 35 miles per hour, an increase from the current 30 mph standard. 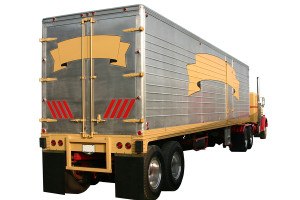 “Robust trailer rear-impact guards can significantly reduce the risk of death or injury to vehicle occupants in the event of a crash into the rear of a trailer or semitrailer,” said Mark Rosekind, administrator of the safety agency. “We’re always looking at ways to safeguard the motoring public, and today’s announcement moves us forward in our mission.”

The agency is trying to reduce the number of people killed or injured in underride crashes. When cars go under a truck trailer in a rear-impact collision, severe head damage or even decapitation can result. The agency has estimated there are about 400 deaths from cars hitting the backs of trucks each year, with about 125 of them resulting from severe damage from objects intruding into in the passenger compartments.

NHTSA’s proposal would adopt the same requirements used in Canada. The agency estimated the industry would need to spend a total of $13 million to meet the new trailer standards. NHTSA will accept public comment for 60 days before issuing a final regulation.

About 93 percent of the truck trailers currently sold in the U.S. will meet the new requirements, NHTSA said. The incremental costs for equipping new trailers with stronger guards will be about $229, and the expected cost for the industry as a whole will be $13 million, the agency said.

“While we are still reviewing today’s announcement, underride guards like the ones envisioned by NHTSA’s proposal have been in use in the U.S. and manufactured here for some time,” Sean McNally, a spokesman for the American Trucking Associations, said in an e-mailed statement. “While we believe the best underride guard is still the one that doesn’t need to be used, ATA is optimistic this proposal will be a step forward for highway safety.”

The Arlington, Virginia-based Insurance Institute for Highway Safety petitioned NHTSA for a stronger underride standard in 2001, after testing bars on trailers built by three companies to federal standards. Cars with crash-test dummies slammed into the bars, which buckled or broke in several tests. The trailers often broke through the windshields.

Tests the insurance institute conducted showed some trailer guards that met Canadian regulations didn’t perform well when cars crash into them at an angle, said David Zuby, chief research officer for the group. Many manufacturers already are designing guards that are stronger, he said.

“The data we submitted suggested the agency could go beyond the Canadian standard,” Zuby said.

Marianne Karth, a North Carolina mother who lost two daughters in a 2013 truck crash, also petitioned NHTSA for a stronger underride guard, as did the Truck Safety Coalition, an Arlington, Virginia, group that lobbies for stronger regulations. Karth and the group met with Transportation Secretary Anthony Foxx to discuss the issue. The National Transportation Safety Board has also recommended stronger guards after investigation truck crashes.

“I’m glad to see this step is being taken,” Karth said in a phone interview. “I’m hoping everything will be done to make these guards as strong as possible. A whole lot more can be done than just meeting the Canadian standard.”

The stronger guards will prevent between one and three serious injuries and one fatality a year, NHTSA said.

Safety groups have questioned whether NHTSA’s analyses are picking up all of the relevant deaths in underride crashes. The agency seems to be “significantly underestimating the benefits of an improved rear guard,” said John Lannen, executive director of the Truck Safety Coalition.