Certain workers’ compensation policies explain much of the state-level variation in costs and outcomes of claims for low back pain (LBP), reports a study in the December Journal of Occupational and Environmental Medicine. 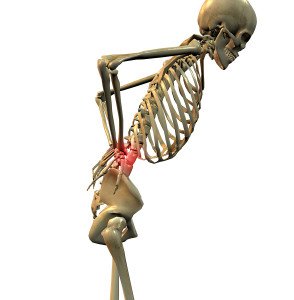 Dr. Glenn Pransky of Liberty Mutual Research Institute for Safety based in Hopkinton Mass., and colleagues analyzed data on more than 59,000 LBP claims from 49 states. They found that state-level factors explained about five percent of the total variation in medical costs and disability time, after adjusting for differences in worker characteristics.

Of this variation, 43 to 50 percent was explained by differences in state workers’ comp policies. Medical costs and disability times were both increased in states that had a longer retroactive period—that is, a longer disability time before the injured worker starts receiving benefits for lost work time. Costs and disability were also higher in states that allowed injured workers to choose the treating provider, rather than employers.

States that had a schedule of fees reimbursed for specific medical services had longer disability times, as did states that limited the option to change providers. However, policies allowing a one-time change in the treating provider were linked to lower medical costs as well as shorter disability times.

Low back pain is a major cause of disability and WC costs. It’s unclear how differing state policies affect the costs and outcomes of WC claims.

While the policy-related differences may seem small—about half of the
original five percent variance between states—they suggest opportunities for lowering WC costs and improving outcomes. “A shorter retroactive period and early referral of injured workers to health care providers familiar with occupational health issues may reduce medical costs and duration of work disability due to LBP,” Dr. Pransky and colleagues conclude.

But allowing workers who are not satisfied with their treatment the chance to switch to an alternative provider may improve both outcomes. Further studies are needed to determine whether these policies have a similar impact on other important causes of WC claims.