When medical marijuana dispensaries in Oregon opened their doors to sell to anyone who is 21 years or older last month, the lines between recreation and medicine were officially blurred, said Edward Bednarczyk, PharmD, pharmacy practice chair in the University at Buffalo School of Pharmacy and Pharmaceutical Sciences.

“That is the heart of the problem. If we want to seriously explore the medical side of marijuana, not much good can come from combining medical dispensaries with recreational ones,” he says. “This, unfortunately, is the direction things are going in. Removing the veneer idea of there being a distinction between medicine and recreation has the potential of slowing down meaningful research on cannabis.”

And that is problematic, says Bednarczyk, who has spoken extensively about medical marijuana and presented on the topic. 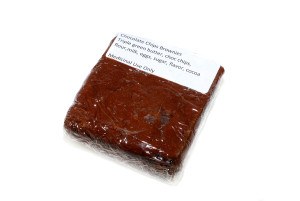 The key at this stage is the research, he says. Questions remain around what the correct dosage is, which component, or combination of the components of marijuana are best, as well as what conditions could respond to medical marijuana, he says.

“This is a call for science. I think just like any other drug product, we shouldn’t rush things to market until the expected, standard for safety has been met,” he says. “No one is opposed to the active ingredients in marijuana. It just needs to be studied like any other drug. People are advocating for it for less than pure reasons. How about some data? That is what we would expect from any other drug.”

For starters, he says, it is important that the FDA reclassify medical marijuana; right now it is classified in the same category with LSD, heroin and other drugs in which the risks outweigh the benefits.

“With that classification, the ability to possess it, much less do research on it, is nearly impossible,” he says. “We need more data, more research that says, ‘This is good, this is OK,’ and to do that a reclassification would be a reasonable first step.”

“Plants have historically been a rich source of human medications, but nowhere else have we settled for using crude plant products instead of the active ingredients,” he says. “We have also used modern techniques to develop drugs that are better suited for human use than the forms found in nature.”

Because few studies have been done, he says, the true risks are unknown. For example, a patient with a family history of schizophrenia may be at higher risk of psychosis when using marijuana, and the risks to other patients are still unknown, Bednarczyk added.

“That is the biggest thing people are missing about this,” Bednarczyk says. “With marijuana I see people lobbying for it to be legalized, and not for careful research to be done so we can find therapeutic agents. It’s all about the prospects of being a multi-billion dollar a year industry that will rival tobacco, not about the patients.”