Subrogation is an increasingly interesting and challenging field. Subrogation plaintiffs’ attorneys face new and diverse challenges in pursuing their claims on behalf of their clients, who are usually insurance carriers. As most subrogation plaintiffs are insurers, many subrogation plaintiff’s attorneys, are also insurance defense lawyers. This places the subrogation practitioner in the unique position of encountering legal cases from the opposite perspective (i.e., the plaintiff’s) from which he or she is used to encountering them (i.e., the defendant’s). It can be quite rewarding to assume the initiative in the litigation lifecycle and land—rather than parry—the blows. When switching perspectives, the subrogation practitioner needs to be particularly vigilant against the traps and tricks that defense attorneys may cast in their path.

This discussion will focus on some of the defensive trends that defense attorneys may utilize in their attempts to defeat a subrogation claim. In Florida, “[s]ubrogation is the substitution of one person in the place of another with reference to a lawful claim or right.” State Farm Mut. Auto. Ins. Co. v. Johnson, 18 So. 3d 1099, 1100 (Fla. 2d DCA 2009) (citing West Am. Ins. Co. v. Yellow Cab Co. of Orlando, Inc., 495 So. 2d 204, 206 (Fla, 5th DCA 1986)). As subrogation places the insurance carrier in the place of the party that originally possessed the cause of action, it is, in a sense, a legal fiction. The insurance carrier possesses all the rights and obligations of the party originally possessing the cause of action, as if it was the actual party pursuing the subject claim.

As to the first type of subrogation, “[c]onventional or contractual subrogation arises from a contract between the parties establishing an agreement that the party paying the debt will have the rights and remedies of the original creditor.” Id. at 646, (citing Boley v. Daniel, 72 So. 644, 645 (Fla. 1916) (finding that conventional subrogation arises when a party having no interest in the matter pays the debt of another and by agreement is entitled to the rights and securities of the creditor who has been paid)); (also citing Phoenix Ins. Co. v. Florida Farm Bureau Mut. Ins. Co., 558 So. 2d 1048, 1050 (Fla. 2d DCA 1990)).

A prudent defense counsel will cast his ever scrutinizing and unforgiving eye upon the basis of your carrier’s subrogation claim, which is what provides your carrier with carrier to assert its subrogation action. If your subrogation action is a contractual subrogation claim, it is very important to make sure that the contract that transfers subrogation rights from the subrogor (i.e., the party originally possessing the action) to the subrogee (i.e., the party receiving the subrogor’s rights to proceed against the liable parties) is not just technically sound, but also extremely clear. This document is often a release or mediation settlement agreement.

For instance, assume that an insured files a first party property insurance claim with his or her carrier, claiming entitlement to $400,000.00, and the insurance carrier settles the first party property claim with its insured for $200,000.00 and a transfer of subrogation rights. If the insurer and its insured then obtain a verdict in the amount of $250,000.00 from the tortfeasors that caused the loss, the use of the term “primary subrogation rights” indicates that the insurance carrier will get its $200,000.00 subrogation interest before the insured is entitled to recover from the $250,000.00 verdict. Otherwise, the defense counsel or the subrogor himself or herself may claim that the subrogor is entitled to be paid first under the “made whole” doctrine, which states that the insured is entitled to be made whole before the carrier can recover. The “made whole” doctrine may be contracted around and the use of the term “primary subrogation rights” is extremely important in this regard, as it clearly expresses the parties intent to allow the insurer to recover its subrogation interest before the insured or subrogor.

If the attorney was not the underlying defense counsel who settled the matter or did not draft the most lucid contractual subrogation document, all is not lost. A lack of inclusion of the terms “subrogation,” “primary,” or “transfer” in the subrogation contract is not fatal. Florida does not require the use of magic terms. In Florida, “[w]hen interpreting a contract, a court should give effect to the plain and ordinary meaning of its terms.” Golf Scoring Systems Unlimited, Inc. v. Remedio, 877 So. 2d 827, 829 (Fla. 4th DCA 2004) (citing Volusia County v. Averdeen at Ormond Beach, L.P., 760 So. 2d 126, 132 (Fla. 2000)). Indeed, Florida courts have refused to require parties to utter the “magic words” in order to make a contract enforceable. See Crawford v. Baker, 64 So. 3d 1246, 1256 (Fla. 2011) (addressing the interpretation of a marriage settlement agreement upon a deferred compensation fund, the Supreme Court of Florida ruled that “magic words are not required”). A lack of the magic words will not doom a contractual transfer of subrogation rights, but it does increase the likelihood of defense counsel filing a Motion for Summary Judgment alleging that the release, mediation settlement agreement, or other document failed to properly subrogate the insurer.

Another trap that defense counsel may rely upon is seeking to compel the subrogating carrier to substantiate the payment that it made to the insured or subrogor. The defense counsel may argue to the court that if insurance carrier X paid Y amount of money to party Z, then carrier X needs to substantiate or otherwise link payment Y to a specific set of damages or an estimate in said amount. This is incorrect. A subrogee steps into the shoes of its subrogor. Its damages are the damages of it subrogor. As long as the insured or subrogor has damages equal to or in excess of Y, the carrier’s damages have been substantiated. Through subrogation, the subrogee has essentially bought an interest in the amount of Y in Z’s action. Carrier X’s damages are equivalent to party Z’s damages, pursuant to substitution of the carrier for the subrogor.

As noted above, equitable subrogation has five elements and the additional requirement to get a release from the subrogor in favor of the tortfeasor. These elements and the release requirement provide defense counsel multiple prongs from which to attack a subrogation claim. Fortunately, equitable subrogation is based on the policy that no person should benefit by another’s loss, and it “may be invoked wherever justice demands its application, irrespective of technical legal rules.” West Am. Ins. Co., 495 So.2d at 207 (citing United States Fidelity and Guaranty Co. v. Bennett, 119 So. 394 (Fla. 1928)). The West decision is extremely helpful to carriers asserting a subrogation claim, especially as judges typically do not like granting summary judgment against parties with an otherwise valid claim on the grounds of a technicality. West allows courts to make the equitable decision and allow a subrogation claim to proceed in such a circumstance. 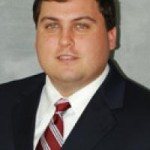