Private U.S. property/casualty insurers’ net income after taxes grew to $31.0 billion in first-half 2015 from $26.0 billion in first-half 2014, with insurers’ overall profitability as measured by their rate of return on average policyholders’ surplus growing to 9.2 percent from 7.8 percent, according to ISO, a Verisk Analytics business, and the Property Casualty Insurers Association of America (PCI).

According to the report, a growth in earned premiums in excess of losses and loss adjustment expenses was credited for the improvement. Insured property losses due to U.S. catastrophes totaled $10.3 billion in the first half of 2015, a reduction of $2.3 billion from first half 2014 totals.

“Still, it’s important to note than U.S. catastrophe losses during the first half of 2015 were only slightly lower than the ten-year average,” said Beth Fitzgerald, president of ISO Solutions. “As the devastation caused by meteorological conditions associated with Hurricane Joaquin highlights, it’s crucial for insurers to remain disciplined in their underwriting and look at analytics to be ready not only for weather disasters but also for other major challenges the future may hold.”

Property/casualty insurers’ annualized rate of return on average surplus increased to 7.6 percent in second-quarter 2015 from 7.3 percent a year earlier. 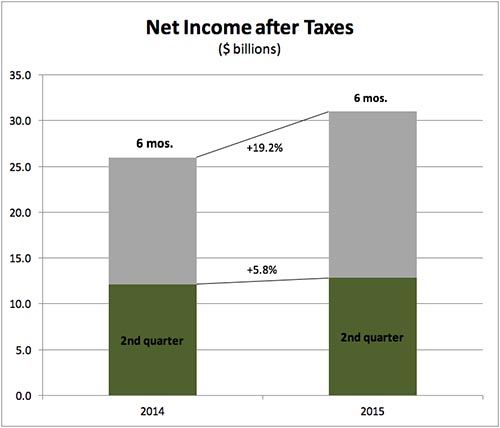 To view the full report from ISO and PCI visit: http://www.verisk.com/downloads/InsuranceResultsReport2015Q2.pdf