As boat owners begin the annual task of winterizing and dry docking their boats for the season, the National Insurance Crime Bureau (NICB) reports that watercraft theft continues to drop.

NICB’s annual report looks at watercraft theft and recoveries in the United States, and examines watercraft* reported stolen between Jan. 1 and Dec. 31, 2014. The report is based on data from the National Crime Information Center (NCIC) database for all 50 states and the District of Columbia. 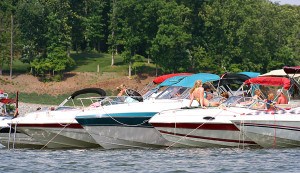 The top five states for thefts in descending order were:

No watercraft thefts were reported from Hawaii or the District of Columbia.

The top five types of watercraft stolen in 2014 were:

The top five manufacturers for watercraft thefts were:

On average, there were approximately 14 watercraft thefts per day, 100 per week, or 432 per month in 2014. Most thefts occurred during the spring and summer months with July recording the highest number with 667. February recorded the fewest with 223.

* Described below are the 13 watercraft types as found in the NCIC code manual, one of which is “Jet Ski”—NCIC’s universal name for all personal watercraft without regard to manufacturer. Jet Ski is also the registered trademark for Kawasaki Motor Corporation’s line of personal watercraft.

Cruiser: a boat with an inboard motor that is at least 25 feet long, but no longer than 50 feet

Yacht: a boat with an inboard motor that is more than 50 feet long and is used mainly for pleasure or recreation

**In 2003, Bombardier Corp. sold off its recreational products division. The Sea-Doo personal watercraft is now produced by Bombardier Recreational Products, Inc. Thus, the 509 thefts would include pre-2003 models