Most people will experience at least one wrong or delayed diagnosis over their lifetime, a report predicts, calling diagnostic errors a blind spot in modern medicine that sometimes causes devastating consequences.

Getting the right diagnosis, at the right time, is key to good healthcare. But despite lots of focus on health care quality over the past 15 years, Tuesday’s Institute of Medicine report found diagnostic errors have gotten too little attention and said urgent improvements are needed. 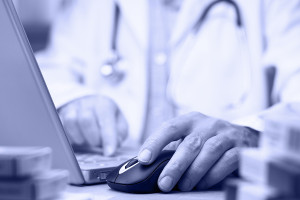 The report is a “serious wake-up call,” said Dr. Victor Dzau of the National Academies of Science, Engineering and Medicine, which oversees the institute.

Diagnosis problems seldom make such dramatic headlines. The person whose colon cancer diagnosis was delayed by several months, or whose early signs of appendicitis were mistaken for a virus, may not even realize they experienced an error. Others are fortunate enough to recover despite a misdiagnosis.

In fact, Tuesday’s report found there’s no good count of diagnostic errors, or of how often they lead to serious consequences – it’s not part of standard medical reporting.

But among the evidence that led the committee to conclude most people eventually will experience this problem: By one conservative estimate, 1 in 20 adults who seeks outpatient care each year experiences a diagnostic error, a number that adds up over time. Diagnostic errors make up the leading type of paid malpractice claims and are almost twice as likely as other claims to have resulted in a patient’s death.

“This is an issue that matters to patients, and we’re shining a light on it,” said Dr. John Ball, executive vice president emeritus of the American College of Physicians, who chaired the IOM committee.

Even among the committee’s medical specialists, “many of us had experienced what we would define as a diagnostic error,” he added.

This is not about blaming and punishing doctors, added committee member Dr. Christine Cassel, president of the National Quality Forum.

“We don’t expect the doctor to have all the answers in their brain. Nobody could or should,” Cassel said.

The report says improvement requires better teamwork and communication between health providers – doctors, nurses, radiologists, lab workers – and urges patients to ask, “Could it be something else?” It urges health providers to make patients and their families an active part of the diagnosis process, including giving them timely copies of all records and test results.

It also urges health care organizations to better identify diagnostic errors and near-misses so providers can learn from them in a non-punitive way – and to use technology to help. Many electronic medical records now have “decision support” tools embedded to remind doctors of possible alternative diagnoses to check.