According to a recent LexisNexis/CounselLink survey of 86 property/casualty claims and law departments, controlling defense costs was the key initiative for 2015 and 2016.

Respondents of the LexisNexis Property & Casualty Claims and Litigation Cost Containment Survey ranged from vice president of claims, to staff counsel and head of litigation. The survey respondents reported outside counsel spend varied between $10 million to more than $500 million.

Reducing legal costs to defend a claim was deemed equally as important as reducing settlement costs by 72 percent of the respondents. The survey found that nearly 65 percent of respondents didn’t feel that throwing more money at defense costs would help reduce loss costs. 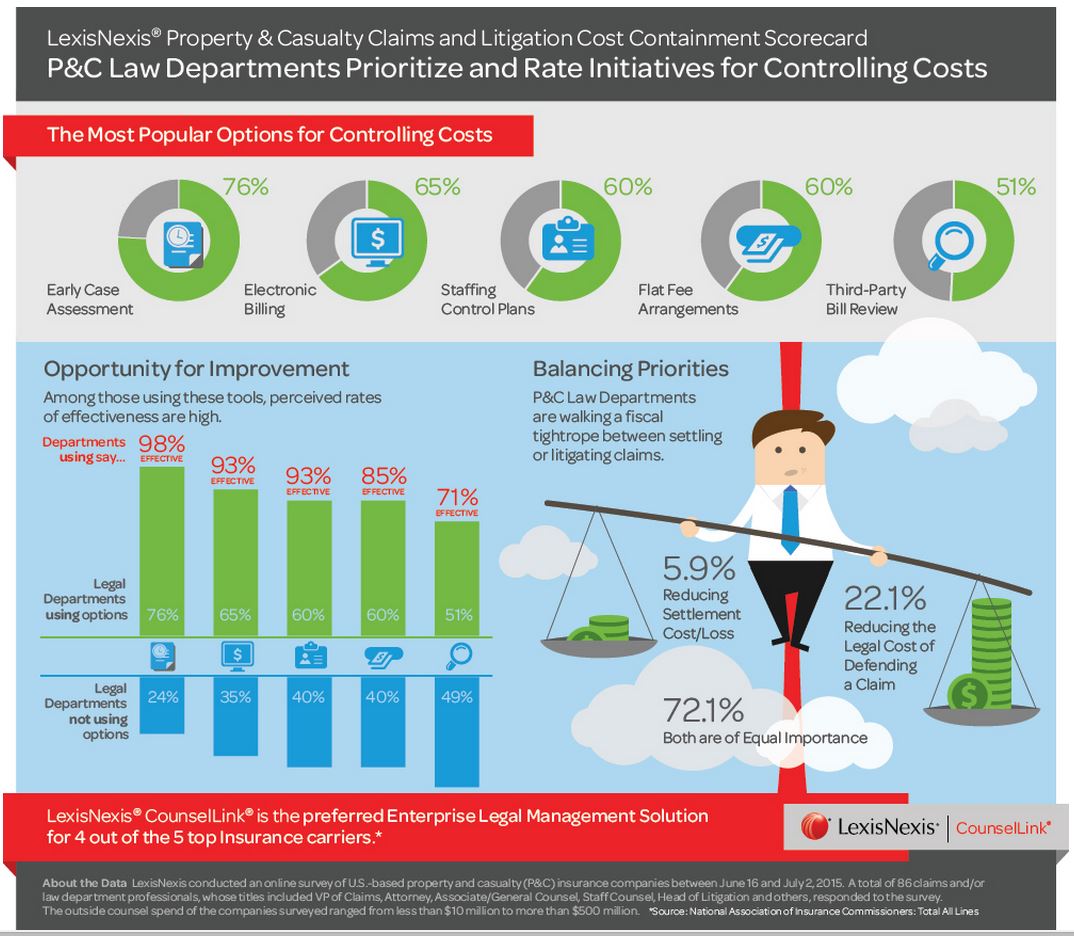 According to the survey report authors, “the issue isn’t necessarily how much a defense costs, but rather, ensuring that the carrier pays the right amount, to the right firm for the right defense.”

In a recent blog post, LexisNexis CounselLink outlined six takeaways from the survey.

1. What are the top P/C cost containment initiatives?

The most popular tools include early case assessment and e-billing while techniques counted various alternative fees. The list of most popular options, according to survey respondents, included:

2. Which cost containment techniques are effective?

Respondents that identified specific initiatives for cost containment were next asked to rate the effectiveness. Of those that use these initiatives:

The delta between these two questions points to an opportunity for easy cost control wins. For example, the following are rated as effective techniques for maintaining costs, but a sizable percentage do not use these:

4. Outlook for outside counsel spending.

Most P/C carriers, 57 percent, anticipate staffing levels remaining flat while 39 percent plan to increase staffing. A little less than 5 percent of respondents said their organizations plan to reduce staffing in the next 12 months.

The full report can viewed at http://counsellink.lexisnexis.com/2015InsuranceSurvey