A speed camera program in a large community near Washington, D.C., has led to long-term changes in driver behavior and substantial reductions in deaths and injuries, a study by the Insurance Institute for Highway Safety shows.

“We hope this research will help energize the discussion around speed,” says IIHS President Adrian Lund, who will present the findings Tuesday at the annual meeting of the Governors Highway Safety Association in Nashville. “We’re all accustomed to seeing posted limits ignored, but it’s a mistake to think nothing can be done about it. Automated enforcement is one of the tools we have at our disposal.” 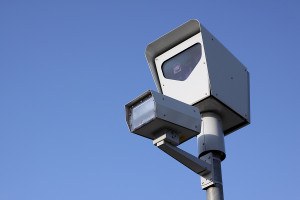 Automated speed enforcement is gradually becoming more common around the country but remains relatively rare, with only 138 jurisdictions operating such programs as of last month. If all U.S. communities had speed-camera programs like the one IIHS studied in Maryland’s Montgomery County, more than 21,000 fatal or incapacitating injuries would have been prevented in 2013.

Speed cameras were introduced in Montgomery County in 2007. As of 2014, the county had 56 fixed cameras, 30 portable cameras and 6 mobile speed vans. The cameras are used on residential streets with speed limits of 35 mph or less and in school zones.

IIHS originally looked at the Montgomery County program during its first year. Six months into the program, the proportion of drivers traveling at least 10 miles over the speed limit had fallen on streets with cameras.

Seven years later, the program is still working. Cameras have reduced by 59 percent the likelihood of a driver exceeding the speed limit by more than 10 mph, compared with similar roads in two nearby Virginia counties that don’t have speed cameras, the latest study found.

The researchers also looked at crashes on camera-eligible roads in Montgomery County, relative to comparison roads in Virginia. They found that the camera program resulted in a 19 percent reduction in the likelihood that a crash would involve a fatality or an incapacitating injury, as reported by a police officer on the scene.

“Speed cameras get drivers to ease off the accelerator, and crashes are less likely to be deadly at lower speeds,” Lund says. “This study connects the dots to show that speed cameras save lives.”

Although cameras alone are effective, Montgomery County recently found a way to deploy them so that they have a bigger impact.

In 2012, the county introduced speed-camera corridors. With corridors, enforcement is focused on long segments of roads instead of specific locations. The cameras are regularly moved to different locations on those roads so drivers don’t become familiar with their exact locations.

With speed camera corridors, cameras are moved to different locations on a road segment. Deploying cameras this way leads to even bigger safety gains, the study found.

The corridor approach led to further safety gains, reducing the likelihood of a crash involving fatal or incapacitating injury an additional 30 percent beyond the use of cameras alone, the researchers found.

“Speed-camera corridors force drivers to watch their speed for the length of the road, instead of slamming on the brakes at a specific location and then speeding up again,” says Anne McCartt, the Institute’s senior vice president for research and a co-author of the study.

Overall, the county’s camera program in its current form — including the use of corridors and a minor enforcement change that took effect in 2009 — reduces fatal or incapacitating injuries by 39 percent on residential roads with speed limits of 25-35 mph, the researchers found. The estimate of 21,000 fatal or incapacitating injuries that cameras could prevent nationwide is based on that reduction.

The total benefit would likely be even greater because that number doesn’t include any spillover effect. Drivers in Montgomery County seem to have slowed down even on roads that aren’t eligible for automated enforcement. The researchers found that fatal or incapacitating injuries fell 27 percent on 40 mph roads as a result of the camera program on roads with limits of 35 mph or less.

“The IIHS evaluation of our Safe Speed program validates the fact that a well-managed program that properly deploys its speed cameras can effectively change behavior and reduce the likelihood of collisions,” says Capt. Tom Didone, director of the Montgomery County Police Department’s traffic division. “Law enforcement programs across the nation will greatly benefit from this report.”

Cameras succeed in changing behavior only if drivers know about them. In Montgomery County, 95 percent of drivers surveyed were aware of them. More than three-quarters said they had reduced their speed because of the program, and 59 percent had received a speed-camera ticket personally.

Automated enforcement can be controversial, and some communities have rolled back programs because of a backlash. However, 62 percent of drivers surveyed in Montgomery County said they favored speed cameras on residential streets. That means there are supporters even among those who have been ticketed.