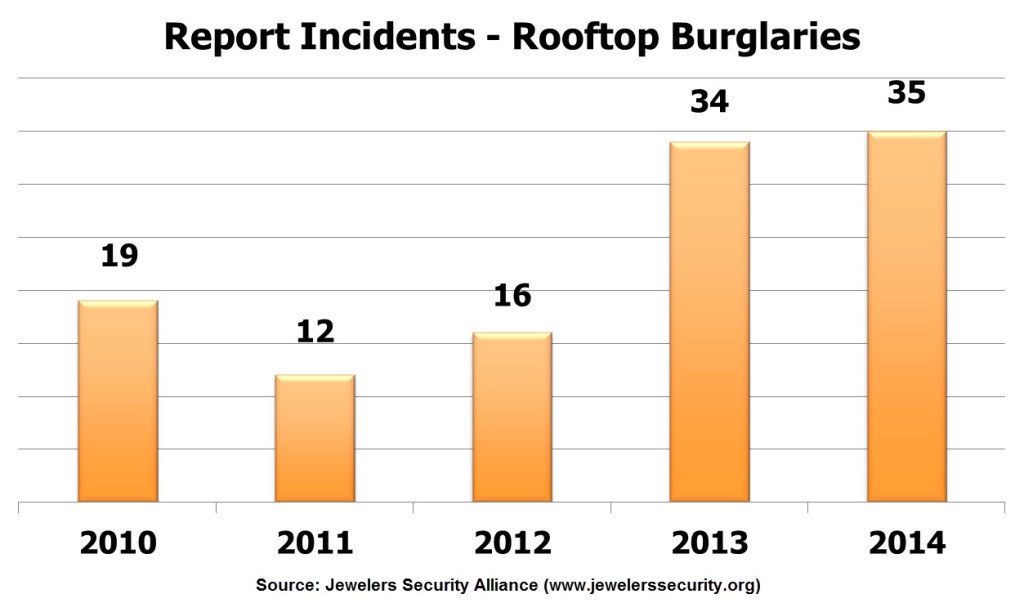 According to the City of Beverly, Massachusetts Police Department, crimes against jewelry stores costs more than $125 million annually.

There are five steps jewelry thieves use in rooftop burglaries, according to the latest edition of Jewelers Mutual Insurance Company’s electronic newsletter.

Step 1: Thieves will case both the exterior and interior of the targeted premises. They want to learn the store’s layout and in order to do so, may even pose as a customer. Obtaining this information is also key to their getaway plans.

Step 2: Thieves will trigger false alarms to watch store personnel response. They could even trigger alarms multiple times in the hopes store personnel will find them too routine to investigate.

Step 3: Thieves will cut an entrance in the roof to see if the alarm is triggered and what the response time is.

Step 4: Thieves may disable alarms and video surveillance systems so as not to be identified.

Step 5: Thieves work quickly, they want to collect the goods within three minutes at most.