Ten of the world’s biggest automakers were sued on Wednesday by consumers who claim they concealed the risks of carbon monoxide poisoning in more than 5 million vehicles equipped with keyless ignitions, leading to 13 deaths.

According to the complaint filed in Los Angeles federal court, toxic gas is emitted when drivers leave their vehicles running, sometimes in garages attached to homes, when they take their key fobs with them, under the mistaken belief that the engines will shut off.

Keyless ignitions let drivers start their vehicles by pushing a button on electronic fobs, rather than inserting traditional keys. 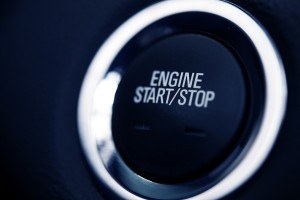 Drivers claim that the defendants have known for years of the risks of keyless ignitions, which have been available since at least 2003, yet marketed their vehicles as safe.

They also accused the automakers of failing to install an inexpensive feature that would automatically turn off unattended engines after a period of time. The plaintiffs said this could have averted the 13 deaths, and many more injuries.

“Plaintiffs believed the automakers’ repeated promises that the affected vehicles were safe,” the complaint said. “In fact they are not.

The lawsuit seeks an injunction to require the automakers to install an automatic shut-off feature. It also seeks compensatory and punitive damages, among other remedies.

The lawsuit is the latest seeking to hold the automotive industry liable for defects that could make driving unsafe, such as Takata airbags and ignition switches on GM vehicles.

It was filed in the same court where Toyota defended against lawsuits claiming that some of its vehicles accelerated unintentionally.

U.S. District Judge James Selna in 2013 approved a $1.6 billion settlement to resolve claims that Toyota vehicles lost value because of the defect. It is unclear whether he will be assigned the keyless ignition case.