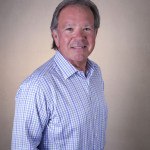 Rogers joined GEICO in 1969, and has held positions as director of performance review and regional liability director early in his career. From 1993 to 1996, he served as assistant vice president of claims in the Macon, Ga., regional office. In 1996, Rogers was promoted to vice president of GEICO claims and a year later, he was named the company’s chief claims officer. In 2000, he was chosen to head the company’s Dallas, Texas, regional operations, prior to assuming his current position as regional vice president of the Lakeland office in 2002.

Professionally, Rogers has served on the National Association of Independent Insurers’ Executive Claims Committee, the Board of Governors for the National Insurance Crime Bureau, along with numerous other industry advisory boards.