According to the National Flood Insurance Program (NFIP), flood is the most common natural disaster in the United States and all 50 states have experienced floods or flash floods over the past five years. However, many homeowners who live outside of Atlantic and Gulf coast areas do not have insurance coverage for flood. 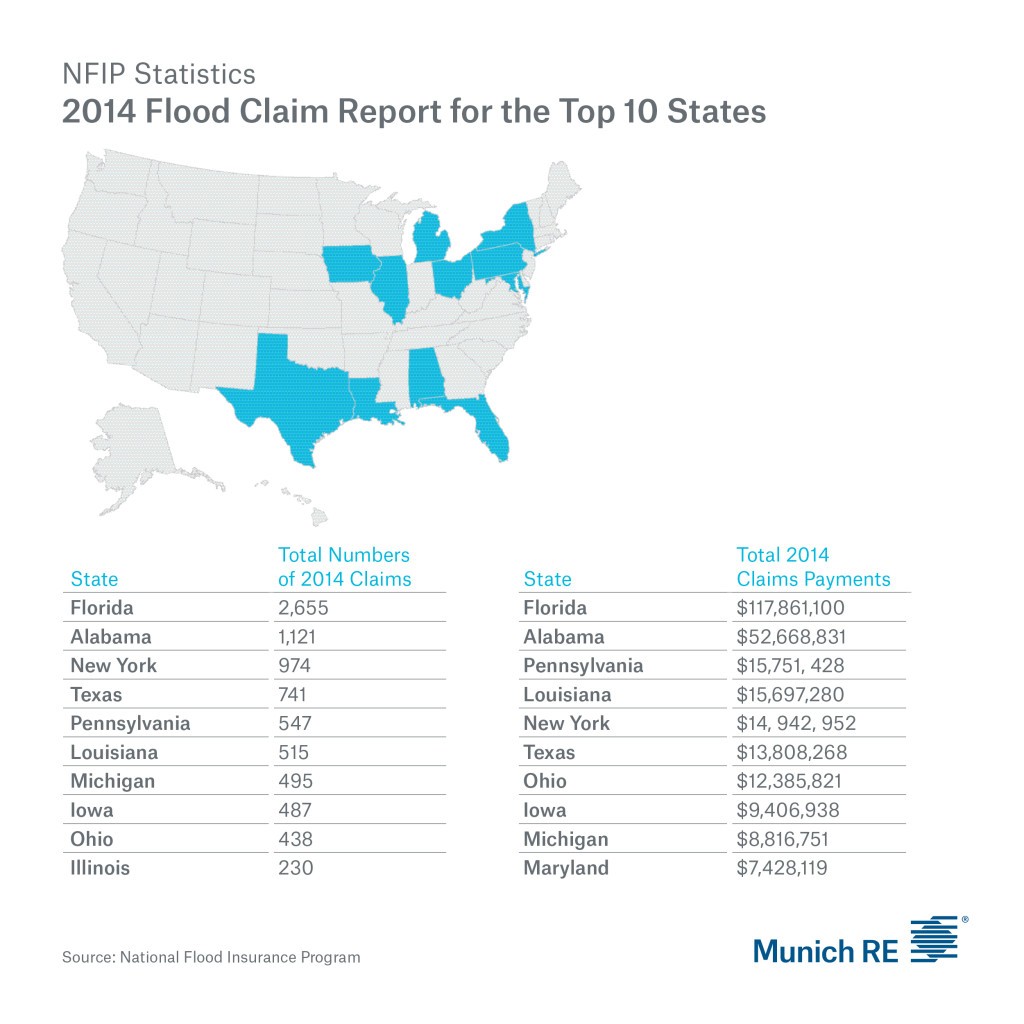 Most homeowners insurance policies do not cover flood. Instead, flood coverage must be purchased separately through the NFIP. In low-to-moderate-hazard flood zones, the reported NFIP purchase rate is estimated at only around 1 percent, yet NFIP data shows those areas account for over 20 percent of NFIP claims and one-third of Federal Disaster Assistance for flooding.

“Our innovation around flood coverage is designed to address an underserved market, particularly given the increased risk of flooding due to more intense annual precipitation over the last decades,” said Steve Levy, president, Munich Re America’s Reinsurance Division. ”This product is an attractive alternative for non-coastal homeowners looking for competitively priced, lower-limit coverage to protect their homes and personal property. It is a first step into the private flood insurance marketplace, and one we are taking cautiously and deliberately.”

Munich Re America’s new Inland Flood Coverage Endorsement can be attached to a consumer’s existing homeowners’ insurance policy purchased through a participating insurance carrier. Discussions with prospective carriers and state regulatory authorities are currently in progress.

An independent research survey of insurance agents conducted for Munich Re in the US found that 78 percent of agents surveyed said this new Inland Flood Coverage Endorsement fills an unmet need that currently exists in the marketplace, and 81 percent said the coverage would appeal to consumers.

Full implementation services for insurance carriers that choose to offer the Inland Flood Coverage Endorsement will be provided by Hartford Steam Boiler Inspection and Insurance Company, an affiliate of Munich Reinsurance America, Inc.