Base reinsurance premiums for the catastrophe program are estimated to be $180 million in 2015, compared to $240 million in 2014. Reduced reinsurance costs reflect improved pricing, lower exposure from lender-placed insurance and the divestiture of American Reliable Insurance Company.

“While catastrophic events are unpredictable, Assurant’s comprehensive reinsurance program is put in place annually so we can weather the storm. This year’s program addresses a reduction in our overall U.S. property exposure and, at the same time, international growth,” said Gene Mergelmeyer, president and CEO of Assurant Specialty Property, a business segment of Assurant. “The program protects our financial ability to respond to our policyholders when they need us the most – after a catastrophic weather event.”

Assurant placed its traditional catastrophe program with more than 40 reinsurers rated A- or better by A.M. Best. To further diversify sources of reinsurance capacity, the Company supplements the traditional reinsurance with multi-year fully collateralized coverage, including catastrophe bonds. 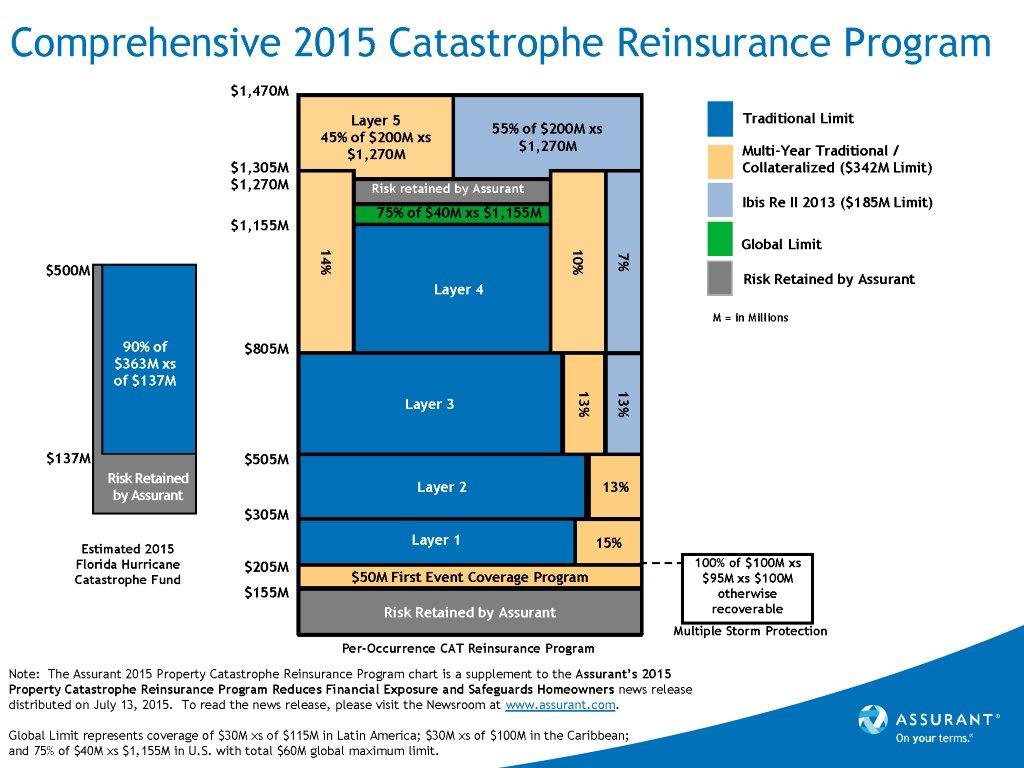