The workers’ compensation industry must contend with a fast-growing on-demand economy where jobs are filled via apps and more employees are temporary contractors.

“Technology is changing how we think about jobs,” Dr. Robert Hartwig, president of the Insurance Information Institute (I.I.I.), told the audience of workers’ compensation experts at this year’s annual symposium of the National Council on Compensation Insurance (NCCI).

He said the on-demand economy that includes temporary drivers, laborers, property owners-turned-landlords and independent professionals is transforming the American workforce and the insurance industry. 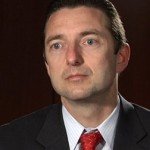 “But the on-demand world is exploding as is the demand for ‘on-tap’ workers,” he said. Need something done around the house? The Handy app can help. Hate doing laundry? Then just tap Washio. Want someone else to do just about any task? There’s an app for that: TaskRabbit. To find a lawyer, just visit lawyers.com; for a place to stay, there’s airbnb.com; and, of course, Lyft and Uber will take you for a ride.

All of these services depend on temporary service providers.

The effects of the on-demand economy are creeping into just about every insurance sector: personal and commercial auto, homeowners and renters, professional and other liability lines, and workers’ compensation.

These services and their workers are raising many insurance and liability questions. Insurance companies are beginning to “fill the many insurance gaps that arise,” however, Hartwig predicts there will be a period of court and legislative battles ahead before all the questions are answered.

Smartphones are the “breakthrough technology” that has made the on-demand economy possible—globally, according to the I.I.I. economist. Fifty percent of all adults globally have one.

The demand for temporary workers has increased two and three times more than for other workers over the past five years and the trend is expected to continue, he told NCCI.

Technology offers the ability to “match labor to jobs much faster and better than traditional ways.” The new “owners” are workers with time and skill. They can be paired at low cost with those who have a need or desire for that time and skill. No longer do workers have to be at a firm or a plant to connect with those with a need for their skills.

Bringing together labor and those who employ labor is not new but the pairing today “occurs with a speed and breadth never before possible,” he said.

What is happening is a “breakdown of the traditional employment structure,” the I.I.I. president said.

This sharing economy movement is furthering trends that began in the 1970s and 1980s with globalization, labor strife and technology— and accelerating the demise of the traditional understanding of what a “good’ job” is.

What will this mean for American workers and workers’ compensation?

Many jobs are being “reduced to freelanced, temporary gigs.” Often, these opportunities leave low skill workers and those who lack flexibility behind, the economist said.

On the positive side, these opportunities may free people from the confines of corporations, bureaucracy and traditional jobs at set locations. They help those who want or need flexibility. They may also give the unemployed and underemployed more opportunities.

At the same time, the negative view holds that these temporary workers are treated as independent contractors “without intrinsic or basic economic rights.” This view suggests there could be an erosion of stability, retirement benefits, other job benefits as well as health, liability and workers’ compensation insurance, according to Hartwig.

Many of these on-demand platforms have resisted assuming liability and responsibility, preferring to keep as much liability as possible on the individual, contracted worker. However, Hartwig noted, traditional insurance does not often cover workers while they are engaged in these services. Standard auto insurance won’t cover people while they are driving for Uber and home insurance doesn’t typically cover those who rent out their rooms.

What’s more, unless they buy it themselves, on-demand workers “will generally have no workers’ comp recourse if injured on the job.”

Who are these on-demand workers?

On-demand is growing but it’s not for everyone, yet. Only 19 percent of the population has actually used an on-demand service, according to a PwC online survey in December, 2014.

About seven percent of the population is working in the sharing economy. But many more (51 percent) see becoming a services provider in it as a possibility in the future.

Those scooping up the on-demand jobs tend to have household incomes below $50,000.

These app-oriented service providers tend to be young—25-44 years of age, PwC found. They may want flexibility in raising their families. On-demand work is also appealing to seniors who are looking to augment their retirement.

Uber is a case in point—it’s now valued at more than $50 billion.

The on-demand surge is just one example of how technology in the workplace will affect insurance and workers’ compensation, Hartwig noted.

There were 200,000 industrial robots installed globally as of 2014, a number that is expected to reach 300,000 by 2017, according to the International Federation of Robotics.

And many more of what Hartwig described as “transformational technologies” are around the corner: driverless cars and trucks, wearable devices, implantable devices, advanced robotics and artificial intelligence.

Denise Johnson, editor of ClaimsJournal.com, contributed to this story.