That’s worrisome, safety advocates say, because the average age of cars on U.S. roads is 11.4 years, and almost half of vehicles aren’t covered under existing regulations. As a result, many incidents don’t make it into a government early-warning database designed to catch patterns of defects that regulators can use to determine if a recall is necessary. In effect, the rules haven’t kept pace with the reality on the nation’s roads. 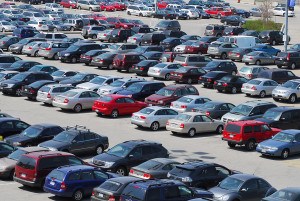 Legislation introduced in February by Representative Jan Schakowsky, an Illinois Democrat, would eliminate the 10-year limit as part of a broader effort to make safety data more useful to the public. That legislation is still being reviewed in committee.

“The law is absolutely out of date because companies have made it out of date by ignoring defects for so long in some of these cases,” said Joan Claybrook, a Washington-based consumer advocate who led the National Highway Traffic Safety Administration in the 1970s. “It ought to be open-ended.”

A collision involving Dianna Moulton, a 69-year-old grandmother from Dearborn, Michigan, shows how cases involving older cars fall through regulatory cracks. While Christmas shopping last year, Moulton drove into a parking lot lamppost. The accident left only a crack in the bumper of her 2002 Honda CR-V. But the airbag went off, exploding with such force she was left with a broken eye socket and other facial fractures.

The accident came to light only because Moulton sued Honda Motor Co. for compensation. Hers is one of at least seven cases filed in the past six months claiming air bags made by parts maker Takata Corp. explode with too much force. Moulton’s and one other case involved vehicles too old to be included in the early-warning database.

Chris Martin, a Honda spokesman, said in an e-mailed statement that the company hasn’t confirmed any crash-related injuries were caused by an airbag deploying with excessive force; Honda is investigating the issue. Asked if the early- warning database should include vehicles older than 10 years, Martin said Honda will comply with “applicable federal rules now or in effect in the future.”

Sometimes faulty design causes cars to fail. For example, defective General Motors Co. ignition switches have been linked to 90 deaths. But increasingly, safety advocates worry that aging parts will simply wear out – and cause accidents – before a vehicle is consigned to the junkyard.

Congress first put a time limit on recalls in 1974 when lawmakers required automakers to replace or repair for free defective vehicle eight years old or newer. Back then cars typically didn’t last much longer than six years, so not many models were left out. But over the years, the industry built successively better cars, and Americans began to hang onto them longer, especially in hard times. When Congress decided in 2000 automakers should pay for defects going back 10 years, vehicles were nine years old on average, according to IHS Automotive.

This year, about 121 million cars and trucks aren’t covered under existing rules, according to IHS, which predicts that the average vehicle age will rise to 11.9 years by 2019. As such, it may be time to ditch the time limit altogether, said Allan Kam, an auto-safety consultant who spent 25 years at the National Highway Traffic Safety Administration.

The Alliance of Automobile Manufacturers, which represents 12 carmakers including GM, Ford and Toyota, hasn’t taken a position on eliminating the time limit. Nor has NHTSA, but spokesman Gordon Trowbridge said the agency regularly evaluates potential defects of vehicles older than 10 years. He also said existing regulations require automakers to notify NHTSA and consumers if a safety defect exists even if the law doesn’t require a free remedy.

“In many cases, manufacturers have voluntarily or at NHTSA’s request provided free remedies on vehicles older than 10 years,” Trowbridge said.

Takata has acknowledged that some of its airbags explode with excessive force, shooting shrapnel that can kill or maim, and prompting automakers to recall millions of vehicles.

But Moulton’s attorney said bags exploding with enough force to kill, without generating shrapnel, may be an extension of the existing Takata flaw that’s developing as vehicles age.

Knowing about these accidents in older cars could have tipped off regulators and the public about the problem earlier, saving people’s lives, Dean said. By limiting the database, the knowledge is limited, and so are the hints of problems.

“If you don’t know the life span of a component part, how can you have a cutoff?” Dean said. “Why do you have to have an arbitrary cutoff? Why is that subject to a 10-year limit?”
Moulton, who also injured her right hand so severely that it still doesn’t properly close into a fist, said excluding her vehicle from government records makes no sense.

“I was just making a U-turn in the parking lot and I bumped into the light pole,” said Moulton, estimating she was going less than 20 miles (32 kilometers) per hour.

“Everything was like I hit a Mack truck or a bomb went off. The bags just came flying out and there was smoke all in the car.”

(With assistance from Jeff Plungis in Washington.)