The boards of directors of Ohio-based State Auto Financial Corporation and State Automobile Mutual Insurance Company announced the hiring of Michael E. LaRocco effective April 27, 2015. His duties as president and chief executive officer will commence on May 8, 2015.

Current president, CEO and Chairman Robert P. Restrepo Jr. will work closely with LaRocco during the transition and remain as chairman until his retirement on Dec. 31, 2015. 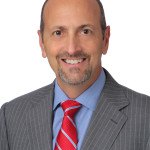 During LaRocco’s more than 35 years in the property/casualty insurance industry, he’s led large national carriers and formed a technology startup. His insurance career began with management and executive roles at Progressive and GEICO. He joined Safeco Insurance Companies in 2001 to lead their personal lines business and was later named president and COO. In 2008, he was named president and CEO of Fireman’s Fund Insurance Company. LaRocco most recently served as president and CEO of AssureStart, a Seattle-based technology startup selling general liability and property insurance to small businesses online.