Yet nearly one year ago, Malaysia Airlines Flight 370 vanished, taking the lives of 239 passengers and crew in one of aviation’s greatest mysteries.

Live satellite tracking might have led searchers to the plane but it wasn’t turned on for that trip. The flight was supposed to remain mostly over land, well within the coverage area of ground-based radar stations. 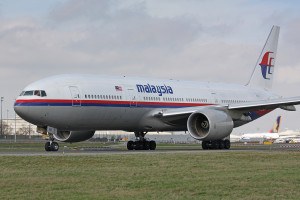 Airlines and regulators spent the past year debating how much flight tracking is necessary, balancing the economic costs against reassuring travelers another plane won’t disappear. Now a plan is moving forward that would require airlines, by the end of 2016, to know their jets’ positions every 15 minutes.

It’s not the constant measures first proposed by safety advocates after Flight 370 disappeared and it’s questionable if they would prevent another such loss. But it could make for quicker recovery of a missing aircraft and comfort the public. In an age when a missing iPhone or a FedEx package can be tracked, it’s unfathomable that something the size of a Boeing 777 could never be found.

Among airlines and regulators there is a consensus that tracking all 90,000 daily flights around the world would be too expensive, particularly for developing countries, and have limited benefits.

The industry thinks Flight 370 was an anomaly not likely to be repeated. If airlines, especially those in developing nations, are to spend money upgrading cockpits, they would rather add collision-avoidance systems that prevent fatalities.

“If you’re too aggressive and stringent in setting up a requirement, countries will just elect not to participate,” said John Hansman, an aeronautics professor at Massachusetts Institute of Technology.

The International Civil Aviation Organization, part of the United Nations, outlined the new tracking requirements last month. A formal vote on the rules is expected by November. Each country’s air traffic regulator would then have to accept and implement them. Australia, Indonesia and Malaysia just announced plans to be among the first nations to test such tracking.

In the near team, airlines would be responsible getting updates from their planes every 15 minutes. That could be via ground radar, automatically by satellite while flying over oceans or even having the pilots verbally report their location over radios. The aviation group doesn’t specify the form of communication but squarely puts the onus on the airlines. It doesn’t require the airlines to spend $50,000 to $100,000 a jet to retrofit cockpits with new avionic equipment. Most of the technology is already in place.

Flight 370 was also supposed to be tracked by ground radar. Airline experts note that if 15-minute requirement was in place last year, Malaysia Airlines would have realized sooner that the plane was missing. Instead, it took more than a week to determine that the jet most likely went down in the Indian Ocean, roughly 1,100 miles (1,770 kilometers) west of Australia.

Still, in 15 minutes a plane can travel more than 150 miles.

The 15-minute standard “is a nice way to say, ‘We’re making progress’ but not really doing anything,” said Ernest S. Arvai, a partner with aviation consultancy AirInsight.

That’s why there is a second phase to the proposed rules. Any plane with 19 seats or more, built after 2020, would be required to automatically transmit its location every minute if the plane deviated from its route, made an unusual move such as a sudden drop or climb in elevation or if a fire was detected. Pilots could not disable the system.

However, given that aircraft can easily fly for 20 years or more, it would be 2040 or later that every plane in the sky would have such tracking abilities.

“You have to be realistic,” said Andrew Herdman, director general of the Association of Asia Pacific Airlines. In the future, airlines will benefit from new, cheaper avionics, but now they need “to make best use of existing technology.”

The more frequent the reporting, the easier it is to find a missing plane.

Before Air France Flight 447 crashed into the Atlantic in 2009, the airline had already had programmed its long-range aircraft to report their position every 10 minutes. The actual crash happened just five minutes after the last transmission. However, there was still a vast search area: more than 6,500 square miles.

A one minute reporting frequency would help pinpoint a jet within about 7 miles.

Industry experts estimate that the 15 minute tracking plan would add about $2 to the cost of a long-distance flight.

However, streaming live data on a plane’s performance, which is similar to what’s in the flight data recorders recovered after a crash, could cost $7 to $13 a minute depending on the amount of data sent.

“They’re happy to provide it for Wi-Fi for passengers because they can make money from it,” said AirInsight’s Arvai. “But when it comes to an expense that has no money related coming into it, that’s a different story.”