That Google is getting into auto insurance should have the voice in the head of every agent who sells personal auto coverage saying: “Be afraid, be very afraid.”

OK, that’s not exactly how W.R. Berkley Corp. CEO William R. Berkley put it when speaking before an audience at the Independent Insurance Agents of Texas’ Joe Vincent Management Seminar in late January. What he said was: “I’m here to tell you that you’re screwed.”

One problem is that Google designs self-driving cars, which gives it a huge advantage in the auto insurance market, he said. 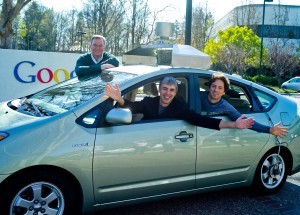 “It means Google knows the rules for driving on every road in the United States and they’re working on Europe. So they know that on this block you can go 25 and on the next block you can go 35. They know where you can take a right turn, a left turn or whatever,” Berkley said.

In that respect Google has the capacity to change auto insurance because it will be able to charge a different amount for every driver and every car.

“They can give you a plug in device, not unlike Progressive’s, and they know exactly when you’re breaking the law and when you’re not. They can rate you exactly on how good a driver you are. Every day,” he said.

In addition, the better a person drives, the less this person will pay so Google’s platform will likely appeal to regulators. That’s because it’s a self-correcting model — drivers who notice their car insurance going up because of poor driving can change their driving habits.

“There’s something else — I no longer pay by the car I pay by the driver. You plug it in and they know how many miles you drove. And they know what kind of car it was,” Berkley said.

And they charge in accordance with that, making it “a real risk-based system.” Plus, because Google has Gmail, they can charge direct and sell direct, he said.

These technology driven changes are based on information and facts and will provide Google with better predictability.

“It’s exciting, it’s challenging. … It’s change,” he said. And agents can either embrace it or lag behind.

What Do Customers Want?

Softening the blow, Berkley said agents will continue to have an important role in the auto insurance business because people will still be willing to pay for the service agents provide. “But we need to start by asking — ‘what do our customers want, how do we serve them, what are we going to do to make money and see that that they are happy?’”

He likened the impact of Google’s entry into auto insurance to that of Geico when it pioneered its model of selling coverage online and direct.

Still, Google’s competitive advantage can’t be denied “because they invested this enormous sum of money in actively building a rule-road map of America,” Berkley said. Though compared to the size of the auto insurance market in America “they didn’t invest so much,” he added.

As to the rest of the insurance industry, Berkley said, “We are a bunch of cheap son of a guns. We don’t spend on anything. We’re just bums, companies and agents both. We don’t invest in the future. … We have these meetings and talk about what to do. It’s always in response to what’s going on around us instead of sitting here and saying — ‘Where is the world going to go? What kinds of things should we be doing? How to make it better?’”

While something may eventually come along to replace it, Google’s not going to go away any time soon, he said. And that should be “frightening for an agent.”