A measure that would offer financial incentives for auto industry employees to expose safety defects won unanimous backing from a U.S. Senate panel on Thursday.

The vote by 13 Republican and Democratic members of the Senate Commerce, Science and Transportation Committee sends legislation to the floor of the Senate that would allow whistleblowers to share in auto company penalty payments. The measure follows controversies over defective General Motors Co ignition switches and Takata Corp airbag inflators. 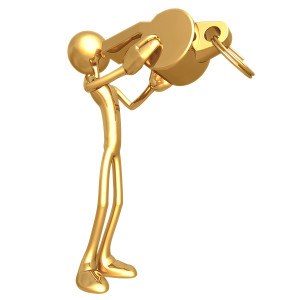 An aide to Senate Republican leader Mitch McConnell could not say when a vote might be scheduled. If brought to a vote and approved by the full chamber, the bill would move on to the U.S. House of Representatives for consideration.

Under the legislation, employees and contractors for automakers, parts suppliers and car dealerships could receive up to 30 percent of penalties resulting from a federal enforcement action totaling more than $1 million – if they share original information on product defects or reporting violations with the U.S. Transportation Department or Justice Department.

Trade groups representing the auto industry had no immediate comment.

GM agreed to pay a $35 million fine last year over its delayed reporting of an ignition switch problem that has resulted in 379 death claims and thousands of injury claims.

Last week, the government slapped a $14,000-a-day fine on Takata for failing to fully cooperate with its probe of airbag inflators that have been linked to at least six deaths and dozens of injuries..

“This legislation will be a powerful tool to help ensure that problems regarding known safety defects are promptly reported to safety regulators,” said the committee’s Republican chairman, Senator John Thune of South Dakota.

The bill was modeled after existing whistleblower protections that encourage individuals to share information with the Internal Revenue Service and the Securities and Exchange Commission, Senate aides said.