General Motors Co received another 33 claims for compensation for ignition switch defects in its cars in the past week, bringing the total to 4,345, according to the administrator of the company’s compensation program.

Through Friday, GM had received 479 claims for death, 292 for catastrophic injuries and 3,574 for less-serious injuries requiring hospitalization, according to a report from lawyer Kenneth Feinberg, hired by GM to administer the program. 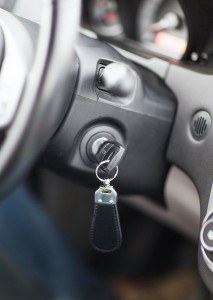 The number of claims found to be eligible for compensation so far is 151, the report said.

Feinberg has so far determined that 57 deaths, nine severe injuries and 85 other injuries are eligible for compensation.

The report said 666 claims have been deemed ineligible, while 1,457 are under review.

Another 1,104 lacked sufficient paperwork or evidence and 967 had no documentation at all.

The deadline for filing claims was Jan. 31, but any claims postmarked by that date are eligible for review.

GM has set aside an initial $400 million to cover its costs of compensation for claims on behalf of people injured or killed because of the faulty switches.

(Reporting by Ankit Ajmera in Bengaluru; Editing by Maju Samuel)