Can smoke from fires intensify tornadoes?

“Yes,” say University of Iowa researchers, who examined the effects of smoke—resulting from spring agricultural land-clearing fires in Central America—transported across the Gulf of Mexico and encountering tornado conditions already in process in the United States.

The UI study, published in the journal Geophysical Research Letters, examined the smoke impacts on a historic severe weather outbreak that occurred during the afternoon and evening of April 27, 2011. The weather event produced 122 tornadoes, resulted in 313 deaths across the southeastern United States, and is considered the most severe event of its kind since 1950. 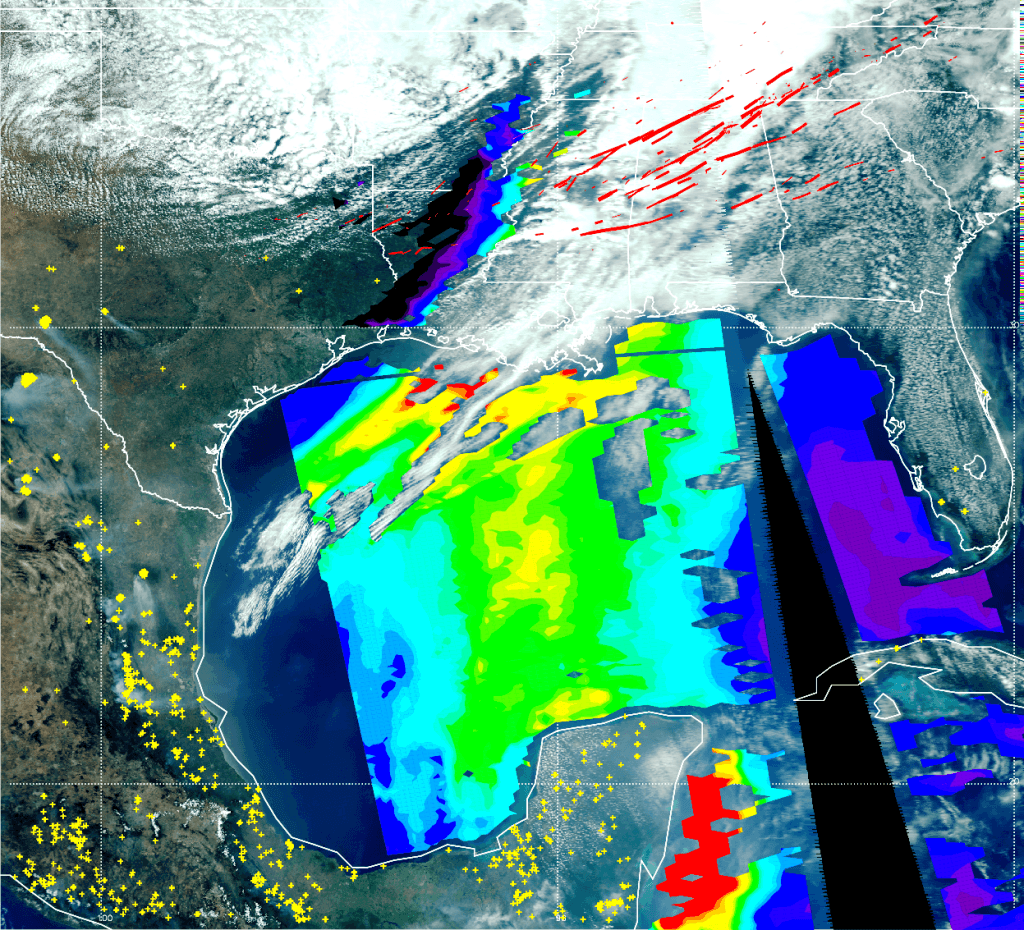 The outbreak was caused mainly by environmental conditions leading to a large potential for tornado formation and conducive to supercells, a type of thunderstorm. However, smoke particles intensified these conditions, according to co-lead authors Gregory Carmichael, professor of chemical and biochemical engineering, and Pablo Saide, Center for Global and Regional Environmental Research (CGRER) postdoctoral fellow.

They say the smoke lowered the base of the clouds and increased wind shear, defined as wind speed variations with respect to altitude. Together, those two conditions increased the likelihood of more severe tornadoes. The effects of smoke on these conditions had not been previously described, and the study found a novel mechanism to explain these interactions.

“These results are of great importance, as it is the first study to show smoke influence on tornado severity in a real case scenario. Also, severe weather prediction centers do not include atmospheric particles and their effects in their models, and we show that they should at least consider it,” says Carmichael.

“We show the smoke influence for one tornado outbreak, so in the future we will analyze smoke effects for other outbreaks on the record to see if similar impacts are found and under which conditions they occur,” says Saide. “We also plan to work along with model developers and institutions in charge of forecasting to move forward in the implementation, testing and incorporation of these effects on operational weather prediction models.”

In order to make their findings, the researchers ran computer simulations based upon data recorded during the 2011 event. One type of simulation included smoke and its effect on solar radiation and clouds, while the other omitted smoke. In fact, the simulation including the smoke resulted in a lowered cloud base and greater wind shear.

Future studies will focus on gaining a better understanding of the impacts of smoke on near-storm environments and tornado occurrence, intensity, and longevity, adds Carmichael, who also serves as director of the Iowa Informatics Initiative and co-director of CGRER.

The paper “Central American biomass burning smoke can increase tornado severity in the U.S.” can be found at: http://onlinelibrary.wiley.com/doi/10.1002/2014GL062826/abstract?campaign=wolacceptedarticle.