The National Transportation Safety Board said in the decade since the government set rules for pipeline inspections in “high consequence” areas where an explosion is likely to hurt people or destroy buildings, there appears to have been a slight leveling off of such incidents, but no decline.

It was a sharp rise in such incidents that prompted the Pipeline and Hazardous Materials Safety Administration to adopt the standards in 2003. 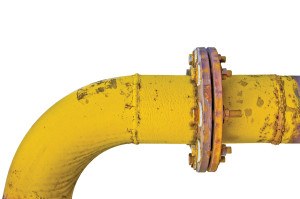 Three accidents since 2010, in California, Florida and West Virginia, illustrate many of the systemic problems, the board said. In the California accident, nine people were killed and 70 homes destroyed. In the West Virginia incident, the stretch of pipeline that ruptured ignited a fire that destroyed three homes and damaged several others.

In each of the accidents in the three states, the gas companies failed to conduct inspections or tests that might have revealed weaknesses in the massive pipelines.

The U.S. is crisscrossed by nearly 300,000 miles of gas transmission pipelines, more than half of which were installed before 1970. The pre-1970 pipelines have a significantly higher failure rate than new pipelines made with improved safety technology and because they have been exposed to environmental forces longer, the report said.