Understanding the differences between a physician and a chiropractor and knowing key terms and billing codes will assist adjusters handling workers’ compensation claims, according to a recent webinar presented by Wisc.-based insurance broker HNI.

According to Dr. Marc Gilerovich, a chiropractor and the HNI University webinar presenter, chiropractors need eight years of education – four years each of undergraduate and graduate school. In addition, they need to pass four national board examinations.

During their education they study anatomy and physiology extensively. In fact, a chiropractor will receive more training in physiology than an average family doctor, he said. 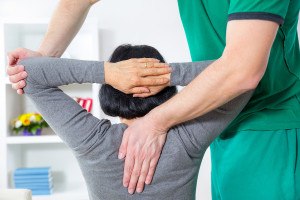 The basic philosophy of chiropractic medicine is that the nervous system controls all of the processes within the human body.

Dr. Gilerovich, a medical case manager for Alaris Group, said that only a chiropractor can perform an adjustment – all other providers perform manipulations. But he said, the differences between an adjustment and a manipulation is just semantics.

Chiropractors typically treat musculoskeletal and radicular pain not caused by a large disc herniation, headaches, and injuries where other treatment has failed.

Typically, chiropractors start their own business versus doctors who join large practices where they are taught about the different types of insurance. He said that between three and five percent of a chiropractor’s business may be treating workers’ compensation patients.

The terminology used by chiropractors can seem foreign to adjusters and employers.

“It is the misalignment of two bones on the spine putting pressure on the exiting nerve,” the doctor said. This can disrupt the brain’s ability to control whatever is on the other end of that nerve.

Firm believers in chiropractic think all medications are toxins and are only concerned about subluxation.

According to the medical case manager, if a chiropractor doesn’t use MRIs or make referrals to other doctors – he or she is unlikely to consider other sources to evaluate a particular medical problem.

Those reviewing bills should examine the initial and follow up exam codes. The exam should be exactly like an orthopedic spinal surgeon’s exam since both practitioners will conduct a heel and toe walk, sensory, orthopedic and neurological testing.

Dr. Gilerovich said that an adjuster or employer should never see an exam code referencing multiple trauma that would be used in an emergency room. In addition, he warned of decompression treatment. Decompression tables take up half a room and, according to the Alaris medical case manager, all they do is traction. The cost is between $5000 and $10,000 for a treatment course.

The frequency and duration of a chiropractic treatment plan can cause confusion.

According to Dr. Gilerovich, chiropractic colleges tend to espouse a cookie cutter template for treatment. He said that three treatments per week for two weeks is the gold standard.

If no improvement is recognized, a referral to a specialist should be considered and three treatments per week for four weeks is the maximum.

Every state has state statutes that govern chiropractic records, he said. Despite that, most records kept by chiropractors are difficult to understand much less read.

As a result, he recommended a record review when a chiropractor continues treating with no improvement on the patient’s part. He said it is likely the records won’t support the continued treatment. During a record review the treatment, exam codes and billing are reviewed. Typically, a record review is much more affordable than an independent medical examination.