The number of traffic deaths nationwide dropped just over 3 percent last year, and the rate of deaths per 100 million miles traveled tied a record low, according to government statistics. 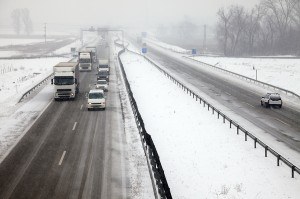 But the number of people killed on the highways rose in two categories – crashes involving big trucks and bicycles.

People died at a rate of 1.1 per 100 million miles driven, tying a record low set in 2011. Distracted driving and drunken driving deaths also were down.