Holiday “ugly” sweaters have grown in popularity across the nation and will likely make an appearance with the 83 percent of Americans who plan to party this season. A new Allstate poll indicates 54 percent of Americans will host holiday parties in their homes, and the large majority who attend parties say they take place at someone else’s home. While the nation celebrates, Allstate provides reminders of historical holiday home hazard outcomes, such as kitchen fires, decorative fires and theft, and helpful hints for customers and consumers who host parties this season.

“This time of the year is especially festive and celebratory for Americans, but we often forget to take precautions to secure our valuables and homes from potential hazards when hosting parties,” said Laurie Pellouchoud, vice president of product operations, homeowners line management, for Allstate. “Taking a few extra steps before the next ‘ugly sweater’ party or other holiday get-together could protect your family and friends from costly mishaps during the holiday season.”

Allstate’s Holiday Home Hazards poll found the vast majority (91 percent) of Americans agree they can reduce risks associated to fires, accidents or theft during the holiday season through their own attention and action. And more than half of Americans guessed correctly that fire (12 percent claims increase) and theft (5 percent claims increase) risks are higher during the holiday season. Still, a majority (62 percent or more) say they aren’t paying any more attention to these risks which could result in trouble during a busy time of cooking, decorating and hosting a holiday gathering.

Hosts should be aware that the likelihood of theft can increase over the holidays. It’s wise to protect against unfortunate disappearances of valuables.

Protecting valuables is especially important during the holiday season given some of the most common precious items are also small in size and could go unnoticed: 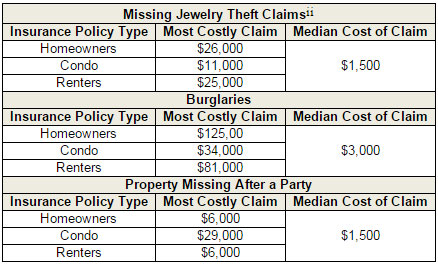 Food is the centerpiece of many holiday gatherings as hosts prepare decadent spreads for their guests, but remaining diligent in the kitchen will help prevent mishaps.

Allstate claims data shows hasty cooking during the holiday season is among factors that could lead to unfortunate outcomes for homeowners, condo owners, and renters: 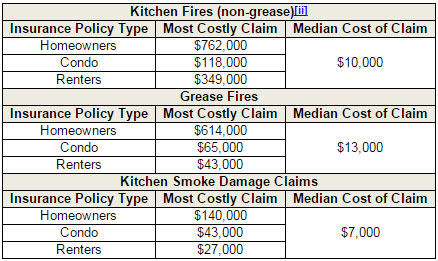 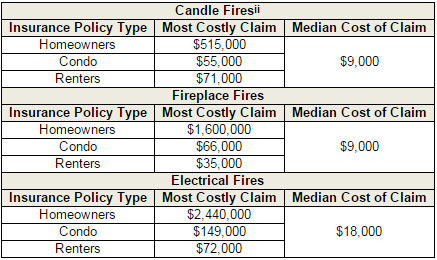