Gregory Maciag, president and CEO of ACORD, announced his plan to retire in one year on January 15, 2016. The ACORD Board of Directors accepted the plan and approved Maciag serving as an advisor for one additional year through January 15, 2017, which will mark his 40th anniversary with the international standards organization. 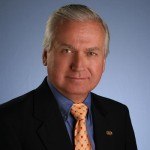 Maciag was hired in 1977 to launch the ACORD Form library, which became the beacon for industry standardization and set the groundwork for a dynamic expansion in the following decades.

Maciag succeeded Robert E. Merriman as CEO in 1994 after serving in a variety of senior level positions with ACORD and the merged IIR/ACORD/IVANS during the tumultuous 1980s.

Lines of business serviced by ACORD were expanded from property and casualty to life, annuity and related health as well as surety and reinsurance.

Under Maciag’s leadership, ACORD opened a London office in 2000. This occurred immediately after the merger with WISe (a consolidation of LIMNET in London, RINET in Brussels and the World Insurance Network). ACORD became the global industry standard for Lloyd’s and the London Market. The previous merger he influenced was with the Insurance Institute for Research in the 1980s.

Maciag published hundreds of columns for trade publications and authored two books, The Business Information Revolution (2005) and The Real-Time World (2009). He continues to write a weekly weblog at www.acordceo.org.

The ACORD board will organize a five-member selection committee with three outside industry executives to identify and recommend Maciag’s successor during the coming year, Leonard noted. The board plans to announce the next CEO at the new ACORD2015 event in November in Boca Raton, Fla.