The number of bicyclists killed on U.S. roadways is trending upward, particularly for certain subsets of the population, according to a report released by the Governors Highway Safety Association (GHSA).

The report’s author, former Insurance Institute for Highway Safety Chief Scientist Dr. Allan Williams, analyzed current and historical fatality data to uncover bicyclist crash patterns. There have been some remarkable changes. For example, adults 20 and older represented 84 percent of bicyclist fatalities in 2012, compared to only 21 percent in 1975. Adult males comprised 74 percent of the total number of bicyclists killed in 2012. 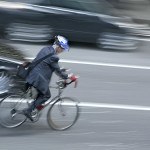 Bicycle fatalities are increasingly an urban phenomenon, accounting for 69 percent of all bicycle fatalities in 2012, compared with 50 percent in 1975. These changes correlate with an increase in bicycling commuters – a 62 percent jump since 2000, according to 2013 Census Bureau data.

State by State Look at Motorcycle and Bicycle Helmet Laws

“These are high population states with many urban centers,” pointed out Williams, “and likely reflect a high level of bicycle exposure and interaction with motor vehicles.”

There are some bicycle fatality data that remain unchanged over the decades. Bicyclists killed are predominantly males (88 percent in 2012), and lack of helmet use and alcohol impairment continue to contribute to bicyclist deaths. In 2012, two-thirds or more of fatally injured bicyclists were not wearing helmets, and 28 percent of riders age 16 and older had blood alcohol concentrations (BAC) of .08 percent or higher, compared with 33 percent of fatally injured passenger vehicle drivers.

“What’s notable here,” said Dr. Williams, “is that the percentage of fatally injured bicyclists with high BACs has remained relatively constant since the early 1980s and did not mirror the sharp drop in alcohol-impaired driving that occurred among passenger vehicle drivers in the 1980s and early 1990s.”

“Many states are dedicating resources to ensuring the safety of all roadway users, including bicyclists, by investing in educating bicyclists and motorists, promoting helmet use, enforcing motor vehicle laws and implementing infrastructure changes,” said Jonathan Adkins, GHSA Executive Director.

As an example, the New York Governor’s Traffic Safety Committee promotes helmet use by funding bicycle helmet distribution programs and proper fit training. In Florida, police officers are stopping bicyclists who ride without lights at night, providing lights to those who are less able to afford them and helping to affix them to bikes.

Adkins stressed that helmet laws are an effective countermeasure particularly with so many inexperienced riders expected to choose bicycling in the coming years. Twenty-one states have helmet laws for younger riders, but no state has a universal helmet law and twenty-nine states do not have any kind of bicycle helmet law.

On the engineering side, several states are adopting Complete Streets policies, which take into consideration all travel modes when building and/or improving existing roadway systems. They are also stepping up efforts to collect information on bicycle crash patterns and locations, which is critical for making informed decisions about countermeasures and resource allocation.

Adkins noted that while bicyclist fatalities are a problem in some states, unlike many highway safety challenges, this is not necessarily a national issue. Twenty-three states averaged five or fewer deaths per year between 2010 and 2012. This suggests a need to focus resources on those states and locations where bicyclist fatalities most often occur.

The full report is available at www.ghsa.org/html/publications/spotlight/bicycles2014.html.