Insured motorists are called upon every day to pay their deductibles in order for their carriers to cover the necessary repairs to their motor vehicles after accidents. Many carriers refuse to include those deductibles in the subrogated claims they make against the other motorists involved in accidents with their insureds. Because they are left on their own, insured motorists often later sue the other motorist(s) involved in those accidents in a small claims court to recover the deductible amounts they paid. And, almost as often, these insured motorists are successful in the small claims action for their deductibles.
***
The words above constitute the first paragraph in a new Indiana Court of Appeals decision involving a dismissal of an automobile property subrogation suit. Geico Ins. Co. v. Graham, 2014 WL 3887800 (Ind. App. 2014). These words set the stage for an issue which can complicate otherwise straightforward and successful subrogation efforts on the part of an insurance company which has paid property damage to or on behalf of its insured. Many carriers include their insured’s deductibles in their subrogation demands and lawsuits, obviating the need for their insureds to take any independent action to secure their deductible payments. It makes for good customer relations and marketing to include an insured’s deductible in any subrogation demands or litigation following an accident resulting in property damage to the insured’s vehicle or other property. However, there is a much more cogent reason to include and recover the deductible on behalf of your insured. If you don’t, you might lose your subrogation rights altogether. 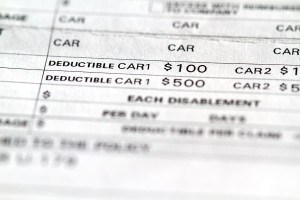 In Geico Ins. Co. v. Graham, Graham and Heitkamp were involved in an automobile accident. Heitkamp was insured by Geico, which paid $7,540.22 to her, whereupon she signed a release in which she released all claims against Geico and promised not to compromise Geico’s subrogation rights. Notwithstanding this promise, Heitkamp filed a small claims action in St. Joseph County against Graham seeking to recover her $500 deductible. A month later, Geico filed a subrogation suit against Graham in Superior Court seeking to recover the $7,540.22 it had paid to Heitkamp. Shortly thereafter, the small claims court entered judgment in favor of Graham, finding that Heitkamp was at fault in the accident. Graham then sent a letter to the Superior Court, informing the Court of the adverse ruling in small claims court. Geico filed a motion for summary judgment in the Superior Court case and although Graham appeared in person and without counsel at the hearing, she presented no evidence and the Superior Court entered summary judgment in favor of Geico. Shortly thereafter, Graham, this time with the assistance of counsel, filed a motion to set aside the entry of summary judgment and the Court entered an order granting Graham’s motion to set aside the entry of summary judgment and dismissing Geico’s claim. The trial court concluded that Heitkamp’s unsuccessful small claims court action against Graham constituted res judicata, barring the subrogation action. Geico appealed.

On appeal, the Court of Appeals affirmed the dismissal of Geico’s subrogation lawsuit. It noted that the principle of res judicata is divided into two branches: claim preclusion and issue preclusion.

Complicating the matter is the fact that Indiana Small Claims Rule 11(F) states, “A judgment shall be res judicata only as to the amount involved in the particular action and shall not be considered an adjudication of any fact at issue in any other action or court.” The Court held that Rule 11(F) prohibited the application of issue preclusion based on a small claims judgment, but … did not prohibit claim preclusion. Geico claimed that this rule precluded the trial court from considering the small claims judgment as an adjudication of any fact. While the Court of Appeals actually agreed with this position, it stated that the principles of the claim preclusion branch of res judicata applied, supporting the dismissal of the subrogation suit.

The lesson to be learned is to openly communicate with your insured about the detrimental effect independent action with regard to recovering the deductible may have on your subrogation rights. Whether or not such action jeopardizes your subrogation rights, thereby violating and breaching the terms of the policy, is a matter which was not addressed by the court in Graham, but should never be put completely out of mind. Recovering your insured’s deductible as part of your subrogation program is good business. And as we have seen, it can also be the difference between making a good subrogation recovery, and none at all.[polldaddy poll=8441291]