The world’s two largest commercial aircraft manufacturers are at odds over equipping airliners with black boxes that eject in the event of a crash, making them easier to find.

Airbus is nearly ready to equip airliners with data and cockpit voice recorders that eject so that they can float to the ocean’s surface instead of becoming trapped in wreckage, Pascal Andrei, the French aircraft maker’s chief product security officer, told a forum of the U.S. National Transportation Safety Board on Tuesday. 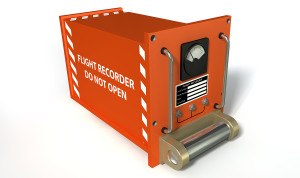 Boeing, Airbus’ chief rival, has no plans to include such recorders in its planes, Mark Smith, an accident investigator for the aircraft maker, told the safety board. Such recorders are prone to ejecting accidentally and creating a safety risk, he warned.

Black boxes are equipped with an emergency locator transmitter that would be easier to detect if they are floating on the water’s surface.

Questions about whether airliners should be equipped with deployable black boxes arose after Malaysia Airlines Flight 370 disappeared in March. The Boeing 777 with 239 people on board still has not been found. The purpose of the safety board’s forum was to explore new technologies that would better enable planes like Flight 370 to be tracked and found.

“We can say today that we are quite confident on this solution,” Andrei said Tuesday. Airbus is working with its suppliers, he said.

“Something would come very soon after some more studies and assessments,” he said.

A slide presentation provided by Andrei indicated Airbus plans to include the deployable recorders in its A350 and A380 airliners, which are designed for long-haul flights over ocean.

Based on previous searches for planes, Smith estimated there will be only one accident every 10 years involving a commercial airliner that crashes into the ocean and cannot be found for more than a year. On the other hand, five or six accidental ejections are likely each year, he said.

“Unintended (ejections) from a commercial airplane would not be an acceptable risk and would be a risk that we would have to manage,” Smith said. “We need to beware of the introducing unintended consequences into the large commercial fleet that is flying.”