Despite well-intentioned policies intended to reduce the risk to public safety, police chases are still making headlines. Last month, six people were killed in Houston after their vehicle was hit by a suspect fleeing police. Last week, a dog was injured by a van that was involved in a police chase in Los Angeles.

The policies themselves are in a state of flux. Recently, a Columbus, Miss., police chief announced that he rewrote the department’s pursuit policy so that supervisors will decide whether a fleeing suspect should be pursued. 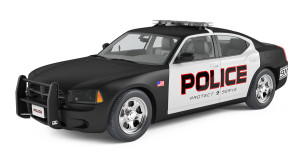 By one account, the claims top $15 billion a year.

But for all of the news accounts detailing police chases across the country, there remains a lack of data, according to industry experts. There is no federal database and state reporting, which isn’t mandatory, is lackluster at best. Many collisions that are reported may not be tagged as pursuits.

A study on fatalities linked to police chases in the U.S. between 1982 and 2004 found that of the 881,733 fatal crashes reported to the National Highway Traffic Safety Administration, 7,430 fatalities were the result of 6,336 police pursuits.

The authors of that study concluded that all states should be required to record annually the total number of police pursuits resulting in crashes and injuries.

In conducting research for this article, Claims Journal found just one state that had a report of police pursuits available on its website.

Pennsylvania publishes an annual police pursuit report. The latest report indicated that there were 1,472 pursuits in 2013. As a result of those pursuits, seven people were killed due to crashes – all seven were suspects fleeing police. Additional statistics indicated:

The gap left by some law enforcement agencies having police pursuit policies while others do not may best be closed by technology.

Trevor Fischbach, president of StarChase, a company that offers a GPS product to help law enforcement track stolen vehicles, says the intent of his company’s product is to deter car thieves. In doing so, the product has also reduced the potential for police chases – something that now costs, according to his company’s research of public court settlement documents, in excess of $15 billion in claims.

The StarChase president cited the police department in St. Petersburg, Fla., as an example where the arrest rate increased after using the product.

“St. Pete has had, I believe, about an 85-percent success rate with StarChase. They basically view us as that tactic or technology that fits in that gap between a well-intentioned policy and allowing the officers to still uphold the law and do their job safely,” Fischbach said. “A lot of their tags have been stolen vehicles. Every single one has been recovered safely, no pursuit and no damage to the stolen vehicle, which means XYZ insurance agency is getting that vehicle back to their customer.”

Police departments are also using the product on drivers suspected of driving under the influence to avoid causing potentially inebriated drivers to flee.

A system launcher is mounted on a patrol car and a GPS tag is shot out to the suspect vehicle. A smartphone app allows GPS tracking of stolen vehicles. The tag itself causes minimal to no damage to vehicles. The product is currently being used by 20 agencies across the U.S, Fischbach said.

According to Jonathan Farris, advocate for PursuitSafety.org, even though one jurisdiction might have a police pursuit policy in place, another may not.

“Police pursuit policies are a nightmare,” said Farris, whose son’s death was the result of police chase in Massachusetts. His son was in a cab with his girlfriend when they were hit.

The local police department had a policy not to engage in the pursuit of fleeing suspects, while the state police involved in the chase did not have that policy in place.

While some communities have tried to reduce the risk to officers and the public with their policies against chases, not all agencies see it that way. According to Fischbach, thieves like to exploit these policy gaps.

“In St. Pete’s case, they have had a very strict policy over the last few years,” said Fischbach. “As well-intended as the pursuit policy is, there’s a gap because now you have an officer that’s on patrol and you also have a certain level of offender that’s aware of situations like policy. They’ll go to different places that have very tight policies and they’ll steal the cars from those cities, and then they’ll take the car elsewhere, or they’ll get out of those cities and take advantage of a well-intentioned policy. Criminals don’t work on policy. Criminals use policy to achieve their goal.”

According to both experts, that’s where technology can help. Farris was part of a group that recently went to Washington D.C. to lobby for police pursuit reduction technology.

“Trying to change legislation is incredibly difficult and an incredibly slow process,” Farris said. “We made a decision after talking with companies who have technology out there that perhaps a better way to go about the process would be to see if we couldn’t make it easier for law enforcement to get funding so they could try technology because in most of our conversations with law enforcement, they don’t have the money. The cities don’t have any money.”

Farris said he hopes the lobbying effort pays off with a change in the wording used in existing funding requests to include the phrase “identifying pursuit reduction technology.”

He said agencies will still need to complete grant requests, but the language change could help with the funding necessary to bring on the technology that could end the need for police pursuits.

“Many of these pursuits end in a crash, many end in injury and end in a claim,” Farris said.