“I don’t know how to put this, but I’m kind of a big deal.” – Ron Burgundy, Anchorman: The Legend of Ron Burgundy

Houses are getting older; the median age of a home in the U.S. is steadily increasing, with more than half of the homes being 40 years old. A majority of homes still have their original roof, which makes them particularly susceptible to damage—older roofs are more likely to fail in storms than newer roofs and older roofs are more likely to be built with less resilient materials than newer roofs. This all adds up to substantial roof-related losses.

In an effort to address this issue, many carriers now consider roof age in their products. We see carriers using two leading methods for doing this:

Both of these strategies are dependent upon roof age, which is usually supplied by the homeowner or agent and is assumed to be accurate. However, research shows that homeowner- and agent-supplied roof age is consistently underestimated. But is this underestimation really a problem? How much are these underestimations really affecting current carrier solutions? Many think that the assumption of roof age accuracy is not a big deal, taking a “close enough” mindset. Don’t be so sure… it’s kind of a big deal. In this research paper BuildFax takes an in-depth look at the impact of underestimated roof age and how relying on assumed accuracy is costing the industry billions each year.

The Underestimation Problem: A Brief History

Why Roof Age is Underestimated: Unreliable roof age sources, like homeowner- and agent-supplied roof age, are systematically underestimated. But why? 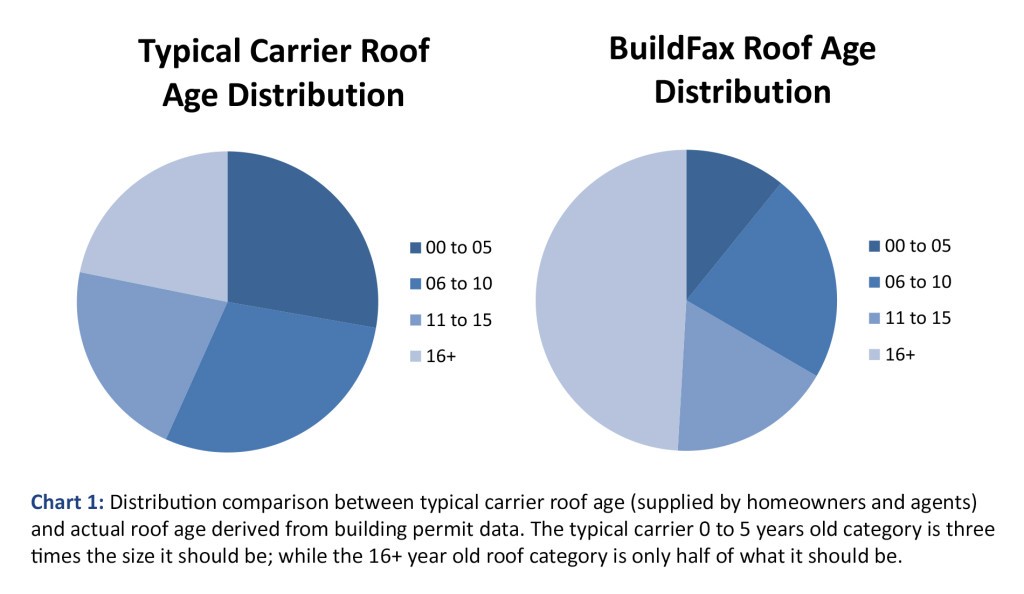 BuildFax then used the results of these analyses as to answer the following questions:

The Result: It’s Kind of a Big Deal 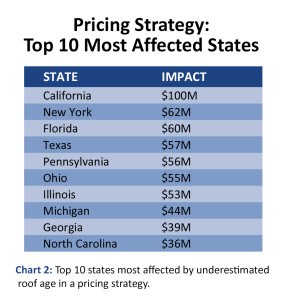 Pricing Strategy: BuildFax found that 284 out of 1,000 roofs are (net) misclassified as being younger than 15 years old.

How much does this miscategorization cost? Based upon roof age/roof material factor tables in rate filings across many states, BuildFax found that each miscategorization across the 15 year line costs a carrier around $50 per premium. 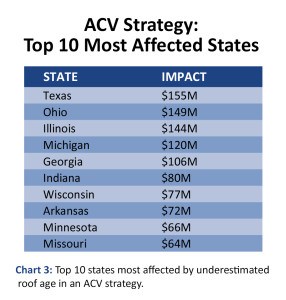 ACV Strategy: BuildFax found that 372 out of 1,000 roofs are (net) misclassified as being younger than 10 years old.

This loss may be smaller in states where some carriers do not use, or narrowly deploy, an ACV strategy (such as California). However, in wind/hail states, where ACV strategy is more aggressively used, losses will be greater.

Combined Impact: BuildFax found that the total financial impact of underestimated roof age across both strategies is $2.48 billion per year, nationally. Like we said, it’s kind of a big deal. 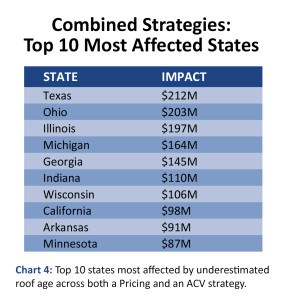 Industry-standard solutions to the roof problem involve pricing (rating or discount/surcharge) and ACV over a certain age. These solutions are based on assumed accurate roof age, which research shows is systematically underestimated. Loss analysis shows that the impact of risk-mitigation solutions that rely on assumed accuracy is costing the industry billions.

Data industry thought leader Tachovsky has led her pioneering team to take BuildFax from “a cool idea” to its current industry-changing trajectory.