An investigation into last year’s spike in the number of deaths among track workers has concluded that some federal workplace safety standards should be extended to railroads.

A report approved Wednesday at a meeting of the National Transportation Safety Board finds that differences between regulations of the Federal Railroad Administration and the Occupational Safety and Health Administration can be confusing.

Among its recommendations is for the railroad administration to include OSHA standards during job briefings for roadway workers. 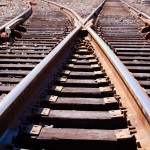 The NTSB said it undertook the investigation after 15 railroad workers were killed on or near the tracks in 2013, compared to eight in 2012 and five in 2011.

Accidents such as train crashes and derailments were not part of the study.

The fatal accidents had a wide variety of causes. Seven workers were hit by trains in New York; Chicago; West Haven, Connecticut; Socorro, New Mexico; Walnut Creek, California; and Leesburg, Missouri. But other deaths were caused by falls from bridges in Philadelphia and Marianna, Florida; a mudslide in Old Fort, North Carolina; heat stroke in Trevose, Pennsylvania; and an electrocution in Harpursville, New York.

One worker was killed in Mathis, Texas, when an aerial lift vehicle overturned; one was hit by a car in Bradner, Ohio; and one was killed by a rail that was on moving equipment in Washington.

Weiss said the NTSB “did a deep dive to find if there was anything common that could help us. … They were disparate accidents but we did have some findings and 15 recommendations that we feel could improve safety.”

In addition to recommendations relating to OSHA, the report suggested the railroad administration revise its national inspection program to emphasize “hazard recognition.”

It also called on railroads to include unions in accident investigations.

“Union representation brings operations-specific knowledge to the operations team and helps facilitate the cooperation of union members,” it found.

At the end of Wednesday’s meeting, acting NTSB Chairman Christopher Hart said that in addition the report’s recommendations, he wanted to ask workers to “be your brother’s and sister’s keeper.”

“It might mean saving their lives and it might mean that they can help save your life,” he said.