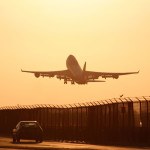 Although there has been a decrease in accidents involving scheduled Part 121 operations (commercial air transport), the first fatal accident in three years occurred. On August 14, 2013, UPS Airlines flight 1354, an Airbus A300-600, crashed on approach to Birmingham-Shuttlesworth International Airport in Birmingham, Alabama, resulting in two fatalities of the flight crew.

It should be noted that although the crash of Asiana Airlines flight 214 occurred in the United States, it is not reported in the NTSB statistics because it is a foreign registered carrier operating under Part 129 operations.

The number of accidents involving scheduled Part 135 operations (commuter) increased from four in 2012 to eight in 2013 with three fatal accidents.