When a 17-year-old student named Logan Blake was sucked into an Iowa storm drain and died during flash flooding this summer, the news brought up painful memories 1,000 miles away.

Texas lawyer Loren Jones’ had a teenager brother – also named Logan – who died in a similar way in Houston in 2004. Both young men were swept away while playing near elementary schools after heavy rains. Friends unsuccessfully tried to save them.

Such accidents, though rare, are continuing to focus attention on the large flood control pipes and culverts used in cities all over the country that are designed with drainage, not safety, in mind. 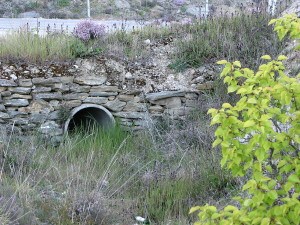 “I was like, ‘Oh my God’,” Loren Jones recalled after hearing of the recent death. “The fact that it happened again across the country. It’s absolutely heartbreaking.”

People are sucked into flood pipes a few times a year, typically after a heavy rainfall, and washed for sometimes long distances toward creeks and lakes where the pipes empty, experts say. Such deaths have been reported from Wyoming to Pennsylvania in recent years. In Iowa, Blake died after being swept into a culvert while playing with a Frisbee with friends after a storm.

The National Institute for Occupational Safety and Health, the federal agency that conducts research on work-related hazards, warned cities 12 years ago that installing grates could prevent such accidents, after a Denver firefighter was swept into a culvert and died while trying to rescue a woman stranded in flood water. But many have not done so.

“It’s sad to know that people, especially children, are still dying needlessly when there is such a simple fix,” said former Houston City Council member Addie Wiseman, who worked with the city to install grates on storm drains near schools after the 2004 death of 13-year-old Logan Jones. “It’s as simple as two bars across a culvert.”

Some cities fear that grates can clog with debris during heavy rains when they are needed the most. That problem contributed to devastating flooding last September along Gregory Canyon Creek in Boulder, Colo., where rocks clogged grates at two locations and sent waters surging into a historic neighborhood. There is also the cost of equipment and maintenance.

Supporters of grates say the risk of clogging can be managed with routine checking. And if clogging remains a concern, leaving the culvert open but adding a fence to keep people out is another option.

The debate continues among engineering and stormwater management groups, with many increasingly warning of the dangers of openings in urban areas.

“On a national basis, there is story after story of people who are harmed or killed in storm drains with culverts,” said Ken MacKenzie, an official with the urban drainage district in Denver who chairs a trade association panel on the issue. “It’s a national problem.”

His and other national groups drafted a document in 2012 calling on municipal officials to consider installing debris barriers. Guidelines generally recommend covering any opening that is wider than four feet. MacKenzie said a large city might have a dozen large culverts where safety grates could be installed, at an average cost of $20,000 each.

The culvert behind Arthur Elementary School in Cedar Rapids, Iowa, had neither a fence nor a grate covering the 41/2 feet wide opening when Blake went to throw a Frisbee with two friends after a storm had passed.

Blake was swept into the sewer pipe, and then his friend David Bliss was sucked in when he tried to rescue him.

Bliss survived after being swept through more than a mile of pipes, coming out in Cedar Lake. But Blake was killed. His body was found the next day in the lake.

More than 800 people have signed an online petition calling on Cedar Rapids to install grates. City officials have said they are reviewing the issue.