USAA announced that USAA’s Chief Operating Officer Stuart Parker has been named to succeed current CEO Joe Robles when he retires at the end of February 2015. 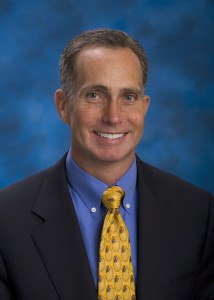 As chief financial officer from 2012 to 2014, Parker led an enterprise team focused on building the financial strength of the enterprise to $26 billion in net worth and achieving product revenue growth of 8 percent year over year. He was named chief operating officer in May.

From 2007 to 2012, Parker led USAA’s Property and Casualty Insurance Group (P&C) and a highly engaged team of 10,000 employees in multiple locations throughout the U.S. and Europe. During that time, P&C net written premiums grew from $8.7 billion to $12.5 billion.