The U.S. government is offering a free online service for drivers to find out if their vehicles have been recalled but not repaired. 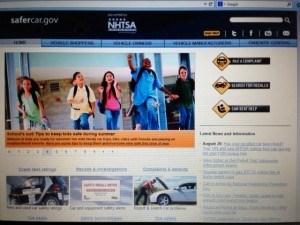 Drivers can key in their vehicle identification number to get the results. The number can be found on the dashboard near the windshield or on the driver’s door post near the latch.

Also starting Wednesday, automakers must keep the same data on their own websites, and they have to update it at least once per week.

The safety agency’s site will show data if there’s an open recall, or it will tell drivers there are none.

The agency also said used-car buyers also can check for unrepaired vehicles before they make a purchase.

NHTSA said millions of vehicles are recalled every year, yet about one-third of them are not repaired. That can be dangerous for used-car buyers.

Also, many people move, and automakers often have a difficult time finding them to notify them of recalls.

Without the search feature, car owners who hear or read about recalls of their make and model had no way of finding out if their car was covered, said Carroll Lachnit, consumer advice editor at the Edmunds.com auto information site.

“It is a huge step forward,” said Lachnit.

U.S. automakers have recalled more than 40 million vehicles so far this year, breaking the previous annual record of 30.8 million set in 2004. About 29 million of those are General Motors vehicles as the company undergoes a sweeping safety review. The review began when GM revealed that it knew about a deadly small-car ignition switch problem for more than a decade, yet it didn’t issue any recalls until this year.